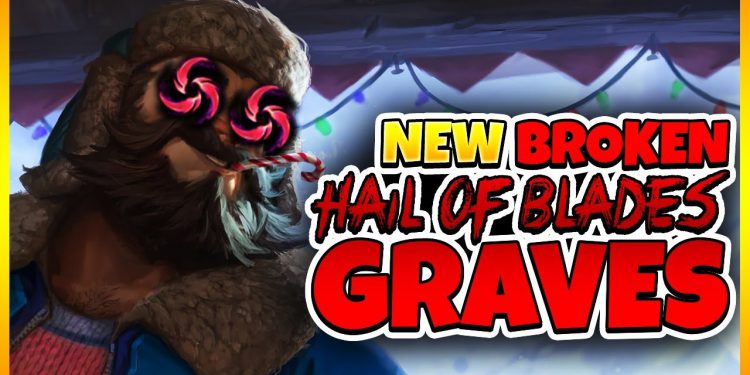 Season 10’s meta is coming with the hyper carry junglers at the beginning of the games. Graves – a pretty out-of-meta marksman  is also reliving at the hands of SofM.

Graves – the champion who was once considered the meta ruler in the forest area in season 9 has retreated backstage for other names to shine for a long time.  Basically, Graves is still a carnivore jungler with massive damage and high maneuverability, but nerfs that were too heavy for the Dark Harvest rune along with the basic damage had made him lose his place for Lee Sin, Rek’sai or Elise.

Le “SofM” Quang Duy is considered as the most talented player in Viet Nam. He became the first Vietnamese player to reach Challenger Tier and top 10 Challengers on the Korean Server, key player of Snake Esports/Lining Gaming before moving to Suning in 2019. It’s not impossible for him to revive one of his favorite champions who has been out meta and create a new trend.

Surely Graves players are accustomed to adding to this champion with runes such as Dark Harvest, Electrocute or Fleet Footwork  and recently. But contrary to the common runes above, SofM and other professional players have started to believe in using this new way for this champion-the Hail of Blades.

Going into the analysis, we can see that, when Graves deal damage by basic attacks on enemy champions, the Rune gives Graves 110% attack speed for the next 3 attacks (basic attack regeneration skills do not consume stacks of Hail of Blades).  When activated, it will ignore the speed limit, the duration is 2 seconds and basic attacks will refresh this life time of 2 seconds.

We need to know that Graves’ damage depends a lot on his skills as well as his basic attacks.  Despite his large and wide damage, Graves had to reload bullets after every 2 shots, which took him about 1. 5s to replenish his attacks.

However, Graves ‘reload speed interacts with level and attack speed, and if you improve the great attack speed from the Hail of Blades, each Graves’ reload time will only take about 1 second.  compared to 1.5 seconds as before.

Besides, Graves’s E – Quick Draw is a skill that reproduces attacks, not a normal attack like many people think.  This means that each time you draw a gun, you will still keep the amount of your attack speed and if you master this gem, you only need to take about 4 seconds to launch 5 basic attacks including 1 second  reloaded time.

Compared to other runes, you will need 8 seconds to perform all 5 basic attacks, which is almost double save the time to attack.

Not only that, with this point, Graves is the kind of champion who use of mostly lethality items will put damage extremely fast with both skills and basic attacks on the opponent from the beginning of the match.  There will be no more scenes where he has to wait for soul accumulation such as Dark Harvest to shine at the end of the battle or the lack of attack speed with Electrocute..

Needless to say, with the advantages that it brings, this style of play is gradually being trusted by the players over the world and is currently ranked second only after the Fleet Footwork score on the OP.GG website.

Besides, saying that there is evidence, SofM immediately showed a huge positive result when it only took 3 days to climb to Korean Challenger with an extremely high score of 426 points and reached an extremely high rate up to 100% of winning statue with the Hail of Blades Graves.

Overall, this is an extremely strong build that helps Graves adapt to the current jungle style and not out of meta as before.  Abundant amount of damage within extremely fast time to help him can deal fairly with the junglers on the enemy side right from the early game.

Not only that, with the suitability of the lethality equipments, Graves will be very strong with the new item in season 10 Umbral Glaive soon, is a jungle meta at the moment.

However, this gameplay requires players a little time to get used to the combo and keep the Hail of Blades, although once mature, this is an extremely strong and not natural that Excellent junglers use this style of in solo ranking.

So what do you think of the Hail of Blades Graves?  Leave your comments below!