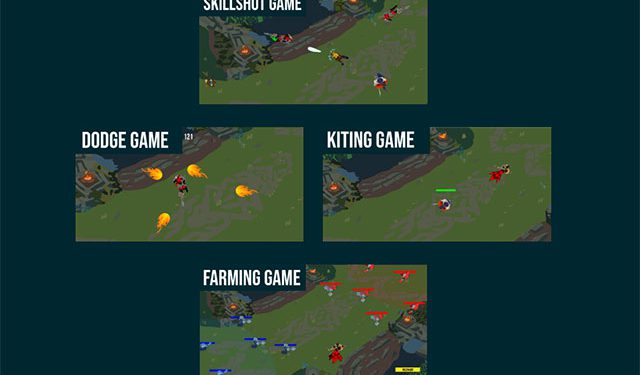 Too bitter to be constantly hit by Thresh and Blitzcrank, a player who … tinkered with himself to create a game to dodge skill, and it is attracting the attention of a lot of League of Legends players on the web society.

For many newcomers to the MOBA game as well as League of Legends, dodge skills is not a simple matter. Even there are players for many years but still cannot get good reflexes when encountering Thresh’s Death Sentence or Blitzcrank’s Rocket Grab. Hit these moves, players sometimes only water … sitting still watching his champions die in bitterness.

Last year, a gamer with a Reddit account swompythesecond – too helpless due to his weak dodging skills – created a flashgame to train himself to be able to wriggle before the enemy’s unexpected attacks.

This is a game played online in the browser, without any software to install. All you need to do is type in the LolDodgeGame search bar, and you’ll be delighted to practice your desired skills. Initially, the site was named the game League of Dodge, with the protagonist being the legendary Swordsman Yasuo, and the whole site had only one skill-avoiding game. However, due to copyright issues, this site received some edits. In the process of development, this guy has always created 3 more new games: Skillshot Game, Kitting Game, Farming Game.

The game is very light, smooth, even on weakly configured computers, as well as does not require very strong network connection. Incidentally, it has become a great textbook for beginners to play League of Legends.