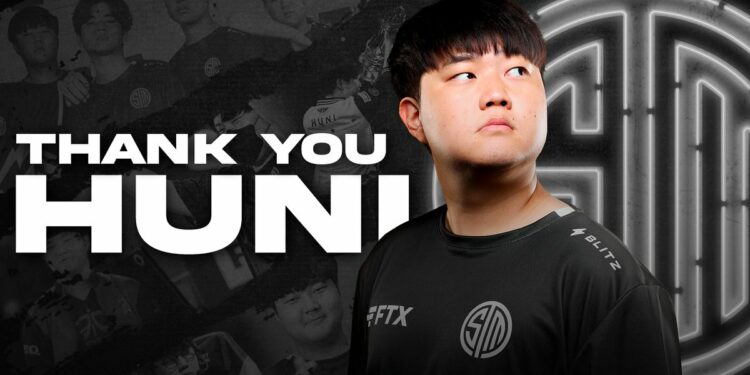 Heo “Huni” Seung-hoon tweeted his retirement announcement on August 9. Huni claimed in a Twitlonger post that his contract with TSM was canceled on August 5 owing to an injury concern. He announced his retirement and thanked his supporters for the incredible moments they had given him. “I’m in a position where I can’t play anymore,” he added.

Huni played in numerous countries and League of Legends teams during the course of his lengthy professional League of Legends career. He has played for Immortals, SK Telecom T1, Echo Fox, Clutch Gaming, Dignitas, Evil Geniuses, and TSM after making his professional gaming debut with Fnatic. He helped his squad win numerous domestic championships during the course of his career.

His time competing for SK Telecom T1—during which he won the 2017 Mid-Season Invitational and finished second at the 2017 World Championship—was the pinnacle of his career.

Huni stated that he hasn’t made up his mind about what his next move would be but gave the impression that he’ll be sticking with the business. Since I haven’t yet won the LCS, he added, “I haven’t explicitly chosen what I will do for the future but hope I continue around the esports sector.” Will he serve as a coach once more in the LCS? Only time will tell.