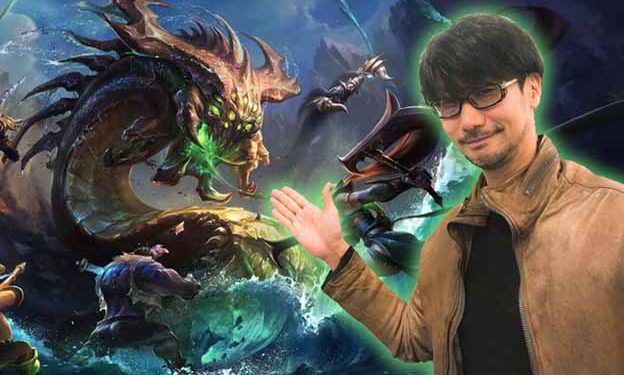 What do you think about a combination of the two classic names of the gaming industry: Hideo Kojima will collaborate on creating MMORPG LoL with Riot Games?

After the turbulent first half of 2020, Riot Games finally realized the “letter” in its name, now that they are no longer the manufacturer associated with a single game. Moreover, Riot Games constantly releasing a series of hit products like Legends of Runeterra or VALORANT …

Of course, Riot’s ambition will not stop at the game products they announce. In addition to the introduced games, the father of League of Legends is still cherishing at least one fighting game product and another role-playing game.

And recently, the gaming community received an unexpected move from Marc “Tryndamere” Merrill – Co-Founder of Riot Games, when he posted a tweet that mentioned Riot’s new game title, and the tag. Surely Hideo Kojima – Legend of the world game village:

Known as the father of the legendary Metal Gear game series and most recently the 2019 blockbuster – Death Stranding, Hideo Kojima has become a legendary name in the field of game creation.

Referring to Hideo Kojima, people will remember him with the greatest strength is the ability to build storylines, game scripts in depth. And coincidentally, this is also the goal that League of Legends aims to.

When Riot Games is cherishing the ambition to complete the League of Legends universe, shaping the plot system with close and attractive.

As a master in creating action RPGs with unique storylines, Hideo Kojima will become a name to contribute to the production team of the MMORPG that exploits the League of Legends universe?