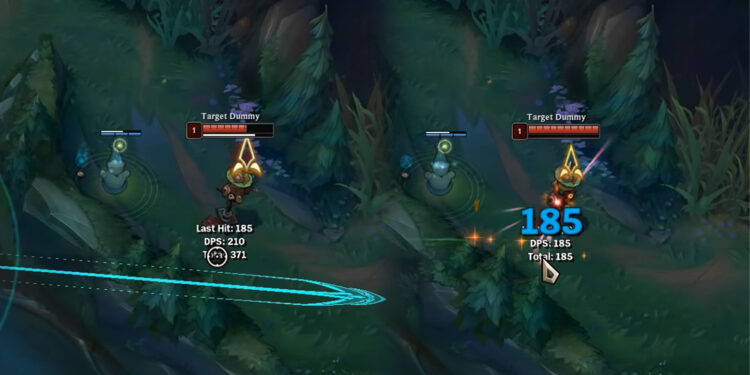 For years, hitboxes have been a concern in League, and now it has become an even more of an issue

When standing in the River, it appears that the game’s programming has some issues, since these skill bullets only strike the target when positioned slightly to the side. When firing straight at the target, it is demonstrated how the skill shot fails to hit while being on target from the player’s perspective.

Why are the bugs still on the loose?

The precise cause of the hitboxes is unknown, but it appears that something is wrong with the River and the terrain in particular. This bug does not appear to occur while standing anyplace else, indicating that it is not related to the champion’s skills. However, it appears that the problem is caused by the height difference between the River and the terrain surrounding it.

In the video posted above, the player is shown taking skill shots from just outside the Dragon pit. The target is positioned on the other side of the wall, where the bug is easily visible with both the champions.

With the preseason still in place, it is assumed that Riot Games will investigate this bug as soon as it is detected. If the problem remains in the game for an extended period of time, it may become a game-breaking feature.

Until then, fans should expect the next League of Legends patch will be published on January 4, which is tomorrow.