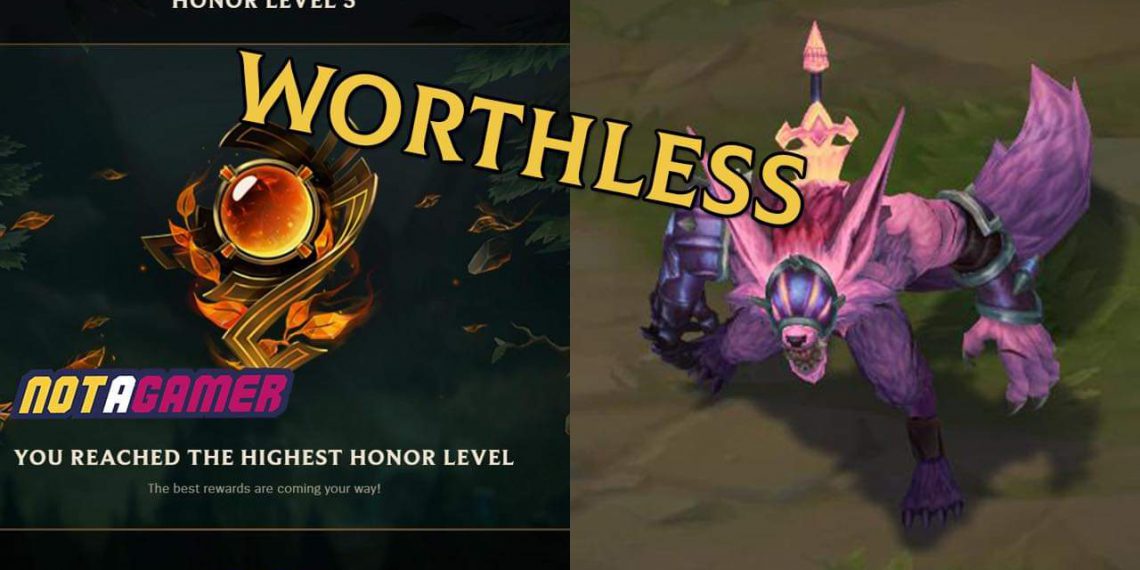 Recently, Riot Games has published the information about Honor 5 rewards and has made the whole LoL community disappointed again.

For many LoL players, rewards in the game are something that they are always looking forward to every season, especially rewards for all they did. And finally, Riot Games has decided that the Honor 5 rewards this year will be…. another chroma to Grey Warwick and Medieval Twitch!!!

Right after the rewards are published, a lot of gamers said that Riot Games were wasting their workforce to create these “worthless” rewards for their players. The LoL community hoped Riot Games to replace them with something more worthy and fascinating, for example, a new kind of skins (like Victorious, PROJECT, Star Guardians,…). Or at least they have to increase the diversity of Honor 5 rewards, like letting players to get a chroma, emotes, eggs,… or anything they want, instead of chromas to the skins that are used by no one.

However, there are some players who said that these rewards were completely free, so you couldn’t wait for something valuable and receive them happily instead. But conclusionally, these are rewards for players who has spent a lot of time on this game and less toxic, so at least Riot Games needs to give them something more worthy.