Honor opponent feature should be brought back? 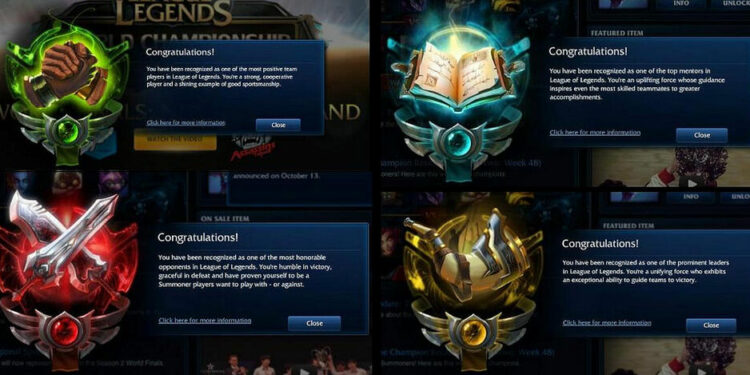 Honor opponent used to be one of the features of the old League of Legends client that left players disappointed the most when it was removed from the Clients several seasons ago.

By using this feature, you can honor respectable opponents who have performed excellently during the match, or friendly players with such nice manners towards the game.

The removal of this feature made many players feel sorry, even irritating because this leaves the behavior between players in the game much more negative or even toxic at certain points.

Recently, a post which suggested that Riot Games should bring back honor opponent on Reddit in r/LeagueOfLegends by u/xNuts has received a ton of upvotes and positive feedback from the community

“I want the “Honor your opponent” back. I want to be able to show my opponents that I enjoyed playing against them.

A few years ago, when there was an option to honor your opponent, I used it all the time. With the new system introduced a couple of seasons ago, I felt like we’re moving backward with it.

Sometimes after I won a game, I want a way to show my opponents that I enjoyed playing against them and they did well, despite the loss.

It’s just a “social” feature that needs to be in the game.

What do you think about it? “

While the post has been receiving positive feedbacks and upvotes, some members have pointed out that the reason honor opponent has been removed is that… It was abused to show toxic attitudes in the game.

Specifically, if a member is having a bad game, or whether they have gone AFK or even worst, is trying to ruin the game, they will receive honors from the opponents, in order to “thanks” to their wrongdoings.

Even, gamers at Korean servers also used this feature to “mark” weaker or easily-tilted players. By consistently honoring these players, they will receive a ribbon that can be seen by both teams, from which the opposing team will recognize them and constantly set up “camps” or even try to verbally harass them during the match.

Another comment: Riot should make it an option, whether to show your honor level or not. This comment then received a rather funny response:

Some other comments also said that they want to be able to honor all the members of their team instead of just one.

Either way, honoring opponents is still an interesting feature, as it not only help improving the community of the game, but also promotes a friendly and positive attitude to League’s environment.

Whether the feature will be reintroduced is currently still opinions suggested by the community, we still have to wait for Riot Games’ move before any changes can be made. What do you think about this feature?