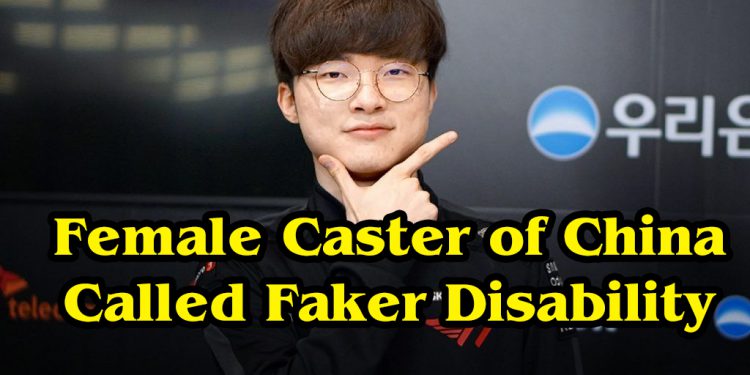 She is so lucky, the community is also easy to ignore the thing with the reason that the Caster has not experienced her work…

For the jobs that relating to public interactions such as Caster, sometimes it’s easy to understand that there will be some problems. However, a Chinese commentator has become a controversial focus when giving a speech involving Faker.

Specificially, when commenting about the match between T1 and SANDBOX Gaming, female Caster of LPL gave the comment that brought in controversy about the case that Faker used the last ultimate of Azir into the air: ”This is a situation that he’s disabled to do that”

This comment immediately received countless criticism and fierce reaction from the Chinese LoL gaming community. This made her immediately apologize.

She said that, due to her first Cast in a match in T1, she had the thrill of suspense during the course of the week, and when she was on the air of commentary, she initially only made a cheerful comment, but due to uncontrolled language, there were words that were somehow offensive to Faker.

She then also continued to update a post to look forward to being forgiven. The girl said that she was very admirable to Faker, as an “Fanti”, and was too worried that it was the first Cast to a battle of her idol, and she had accidentally offended Faker.

Caster nicknamed “Chihiro” is a new face of LPL, so the incident is also  sympathized by the online community, especially when the extremely sexy image of her are shared: