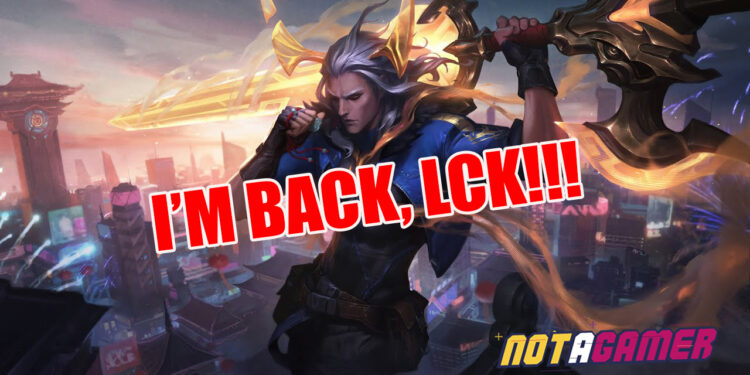 Contrary to previous plans, when Riot was afraid that Viego’s bug fixing would last for the next few months so that this champion would have his long-lasting rest until the end of this year. However, recently, “good” news has finally come: Viego (and Gwen) are probably allowed to join LCK Summer 2021.

About Gwen, her absence at MSI 2021 can be easily explained that at that time, she was just released for a short time. She has been fixed and completed throughout recent patches, so her appearance in this Summer Split is obviously inevitable. On the other hand, the number of Viego’s bugs is apparently uncountable and June – the starting time of Summer pro leagues – seems to be not enough for Riot.

As a result, although Viego has been being waited for his appearance in pro leagues for an extremely long time, LCK Summer 2021 with his participation appears not to be joyful news to the community.

Allowing a champion having loads of bugs in LCK Summer 2021 is definitely a risky step of Riot as there are so many bad situations that can occur. Some players said that Riot Games really needed to solve all of his problems before officially unbanning him from pro leagues. Nevertheless, Viego is still coming to the upcoming LCK Summer Split and what we have to do now is hoping that nothing bad will happen.