HOT: Rengar is getting reworked 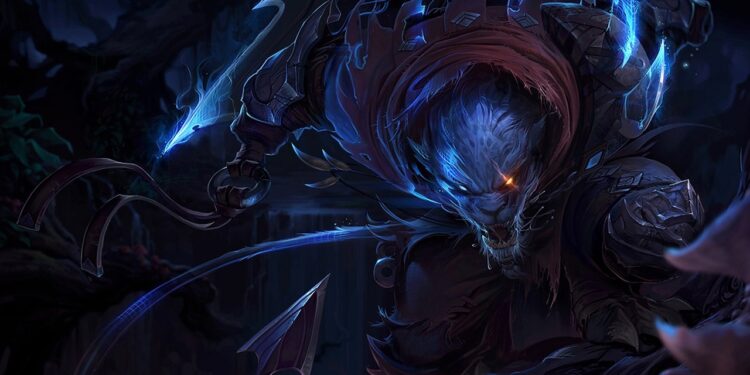 Rengar used to be a nightmare to mages and marksmen due to his instant assassination, especially when his R is available. However, after multiple changes in the META, Rengar has gradually lost his popularity among the assassins.

During pre-season 12, Rengar once became the topic of discussions on Twitter and other social networks. Sadly, the reason was that the Chemtech map lessened him a lot as it got rid of several bushes, which were Rengar’s “Holy Land”. Riot then gave him a buff that he could leap when staying in the Chemtech fog, but that seemed to go nowhere. That map now has already gone, but his power has not returned yet.

As a result, Riot ONCE AGAIN decided to rework Rengar. So far, on PBE server, he has been updated a lot from his passive to his kit.

His passive seems to be the spotlight of this rework, however the [MODIFIED] looks hilarious as it has already existed. The decreased falloff time of Ferocity able him to trade easier during laning. His AD-increasing timer is also increased so that he won’t have to be risky in early fights. Besides, his enemies may find it frightening to face him due to his increased jump height and 25 of jump range.

Rengar’s Q – his main source of damage, now counts as critical strike and works on tower. This probably is a move from Riot to popularize Top Rengar as he currently can destroy towers more quickly. However, its new critical strike mechanism appears to be quite awkward as most assassins depend on cheap Lethality items to snowball in the midgame. Meanwhile, the critical items are relatively expensive and seem to be unsuitable for an assassin like him and this new mechanism apparently goes nowhere.

His E now can use at the same time with leaping to smooth out his combo and also reveals the target for 2 seconds. His R is also upgraded to lighten a small area around the target in case he jumps into the middle of the enemy team and is slain immediately.

These changes are said to be extremely positive to Rengar’s power and hopefully, these will bring Rengar back to Summoner’s Rift. They are still being tested on PBE server and are planned to complete in patch 12.6, which will be published in the late March.