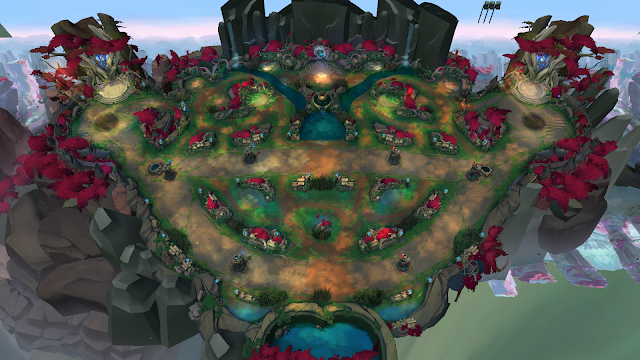 Nexus Blitz has been available on PBE server and will soon be available to all severs worldwide.

Nexus Blitz, alongside with URF is one of the most attractive game mode ever created by Riot Games since it has many interesting equipment, features and even small special events in the game mode. Perhaps we still remember the times that we “running” into the zone, extremely stressful 1v1 matches or just simply enjoy the two main Nexus suddenly come to live and rushed to beat each other till their last breath.

Does anyone not enjoy running into the zone in League of Legends?

The removal of this mode had been a huge lost to all the gamers since it meets most of the needs of all LoL gamers: entertainment, certain “try-hard” and there were so many new things to discover and enjoy about it. That’s why when Riot Games announced that they would bring back this special modes along with a huge League event in 2020, many gamers had been overwhelmingly excited on all forums and communites.

We won’t have to wait for much longer since this mode has been detected on the PBE server. Specifically, Riot Games updated the PBE server a few hours ago and among the newly added files, it was discovered that a series of completely new turret and minion images, even a whole new Nexus Blitz map has been spotted. These files mean that the mode has been very close to us already.

The series of images which is thought to be hints for the return of Nexus Blizt in Ionia theme.

An overview of the new map.

With the release of patch 10.13 coming to the official server, we can understand that new updates such as new skins, balances and adjustments or Nexus Blizt mode as above are all tested for version 10.14. And as Riot announced earlier this year, they will only add a special mode to the game content if that mode accompanies with a major League of Legends event.

URF ban/pick was the special game mode of the Ultimate Weapon event.

Combined with all the information that was revealed earlier, the two new champions will appear during the Summer event, and we can sense that they are very likely to be released with the upcoming events. Riot, however, can delay the champion launches until they have enough tests and balances for the new champions to be ready. In short, version 10.14 will mark a very large series of League events with lots of new contents such as the return of Nexus Blizt Mode as well as new champions and new skins …

Hopefully that the new champions that Riot Games introduce this year will be more balanced and also have an interesting and unique gameplay. Instead of super brain hacking and imbalance like Aphelios, who debuted during the Versus event last year.