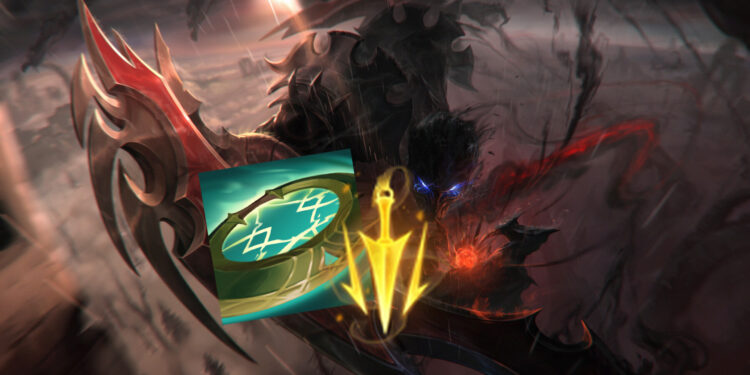 With the update of League of Legends preseason 2022, fans are excited to try out new Legendary items, especially assassin’s item.

One particular item, on the other hand, put the frustration of players on another level. Axiom Arc appears to be broken among all the others. Several Nocturne players are abusing this item to the point of exhaustion, and the outcome of this item is extremely rewarding for the player.

Nocturne is a strong champion, especially in solo-queue matches in League of Legends. He can jump onto an opponent champion while blocking vision for all enemies on the map after casting ult.

Due to his powerful kit, Nocturne is already an extremely annoying champion to deal with. He may spam his ultimate, which is by far one of the most OP abilities in the game, with the Axiom Arc.

The passive of Axiom Arc contributes to this reality, and it has been generating problems for players on the receiving end. Top it all the basic stats provided by an assassin item, it has a unique passive that reduces the cooldown of the ultimate if you kill an opponent champion within three seconds of damaging them. The maximum amount that can be refunded at any given moment is 25%.

This means Nocturne can use his ultimate to kill a champion, reduce the cooldown of his ult, and then do it again continuously. This causes him to snowball, with the opposition team’s screen going dark practically every ten seconds as he eliminates them one by one.

How to play Axiom Arc Nocturne

This build is relatively easy to achieve yet extremely difficult to counter. The jungle is definitely the preferable position because it is simpler to manage the game’s tempo. Players should rush Axiom Arc and begin ganking the lanes with this build.

The faster Nocturne’s cooldown is lowered in a fight, the more kills they get. As a result, players will be able to re-use the ultimate ability numerous times in a minute.

Keep in mind that it will only activate if the targeted champion is dead within three seconds. As a result, players must bear this in mind before assassinating a tanky champion.