How Future Market can help you snowballing and dominate Jungle 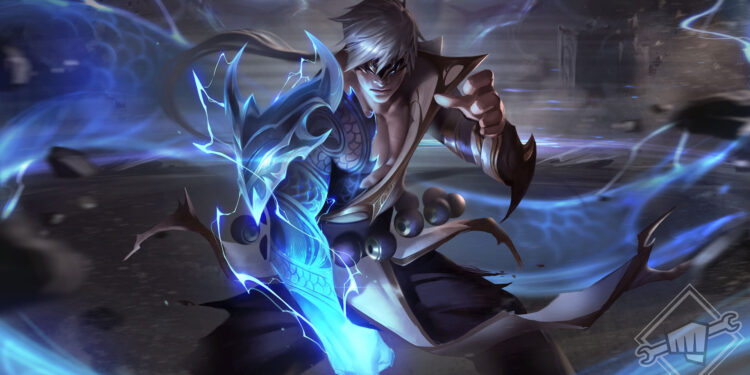 One of the least expected Rune to completely change your early game effectiveness – Future Market.

This article will give you a closer look at one of the latest trends that are emerging in Summoner Rift: Future Market for jungle in higher ranks and pro plays.

Every League of Legends player is aware that a completed item is always stronger than its component parts. This concept is not incorrect even with equipment components worth just 1100 gold. A Serrated Dirk, for example, is always more powerful than two Long Swords.

Therefore, in the early game, having a complete component item before your opponent gives you a lot of advantages. Gamers may completely exploit this to snowball the game and eventually take the lead and win the game. This is especially essential for the Jungle position, where players will have to create a lot of pressure on a lot of lanes and objectives.

However, we must keep in mind that the quantity of gold provided by the camps in the first round of the jungle is limited. There is practically no way to have a stronger item than your opponent if you do not make a successful gank. However, we still have another option, which is to use the Future Market rune in Inspiration.

The amount of money that players own after clearing all 6 camps (excluding the Rift Scuttler) is 800 gold, according to estimations from the Skill Capped Challenger LoL Guides channel. Normally, the match time will be 3 minutes 30 seconds once you finish the above jungle round. Then you’ll have 160 gold borrowed from the Future Market gem and 184 gold from the natural bonus. Players will thus have 1144 gold in total at this moment and can make their first Recall.

This is a sufficient amount for Junglers to complete the first key component item, such as Ironspike Whip, Serrated Dirk, and Phage, at the same price of 1100 gold. If you pick a jungler who deals magic damage (Nidalee, Rumble…), you may immediately purchase Sorcerer Shoes for 1100 gold. Meanwhile, your opponent will not have the 160 gold borrowed from the Future Market gem and will be unable to buy the items listed above.

After the math is complete, you must benefit from the fact that you have more equipment than your opponent. The easiest method is to perform invasions to limit the resources available to the opponent. Following that, you should plan for ganks in lanes, assist teammates in pushing lanes, and control objectives such as Dragons and Rift Heralds.

The most essential thing for players to remember is not to farm too much after the first return. I agree that obtaining items early will help you farm quicker, but attacking the lanes and pressuring the opposing jungle can help your team establish a really powerful snowball situation. Such ganking will benefit the whole team, and your win rate will skyrocket.

In brief, getting the Future Market allows the Jungler to purchase key ingredient items on the first return. This will allow gamers to outperform their opponents and gain a significant edge in early encounters. If you want to play with known champions in a unique way, then the Future Market is a great option to start dominate jungle and win your games much easier.