How would you feel about a nerfed version of Black King’s Bar being added to League of Legends? 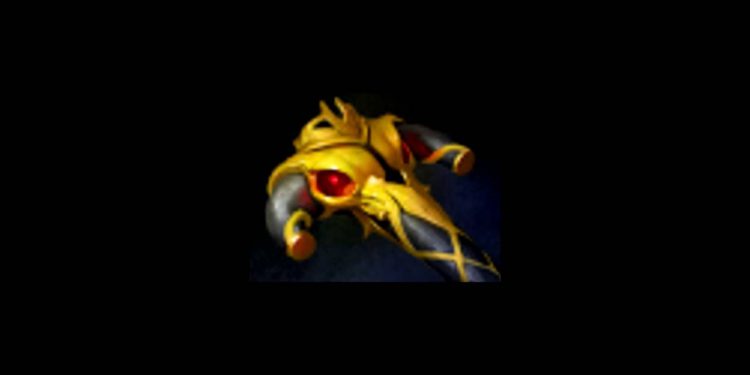 League of Legends has a lot of items capable of buffing for allies like Mikael’s Crucible, Knight’s Vow, Locket of the Iron Solari and items for the ability to protect themselves. In essence, they all work to increase the safety of the user, but no equipment is completely resistant to magic damage, Zhonya Hourglass for immortality, but in return, you can not move transfer or do nothing.

Moreover, current LoL is a game of magic, every champion has many skills with different effects. Sometimes it makes champions that rely heavily on basic attacks helpless and unable to do anything. So a gamer had the idea of ​​a Black King Bar imported from DOTA 2 to League of Legends, but this guy received more bricks and stones than support.

How would you feel about a nerfed version of Black King’s Bar being added to League.

For those of you who don’t know, Dota 2 has an item called Black King’s Bar which has an active that makes you immune to crowd control and magic damage for a short while. It doesn’t give any powerful stats (24 damage and 10 strength) but the active makes it worth buying. The counter to Black King’s Bar in Dota is pretty simple.

The item itself is very balanced and there are many ways to deal with it:

I think League would benefit from a nerfed version of BKB. Let’s say an item that gives 400 health and has an active that makes you immune to crowd control for 3 seconds. That would be pretty damn useful.

No thanks. I still like to have counterplay. Not a valid argument. League’s cc is rarely instant, most of the time you can react to it. Not a valid argument either. There are enough examples where you cant just simply kill him. Trynd is just one example. Good luck trying to kite a kennen with flash, e and protobelt. Or even just a yi. Not sure how you want to code that in league. We do have suppressions, but even those dont work against cc imunity.

Oof you’re actually completely right lol. If BKB gets added to League there’s plenty of time to react to a stun.

You can’t compare Dota items to League items. It’s just not the same game. When you buy an item in Dota, the graph of strength for your hero/champion’s strength is linear. When you buy an item for a champion in League, the graph goes up exponentially. Dota items are always going to be more broken than League items because the stats they give aren’t great which is why the actives are insane. I wouldn’t ever put a Dota item into League. People would flip their shit.

I agree but I also think that the miniature version of BKB isn’t gamebreaking. I mean we already have things like QSS and Zhonya so another active defensive item shouldn’t be too much.

lol no thanks, that item would be busted. There’s already edge of night anyways.

I’d like it and I’m actually surprised we are in (pre)season 10 and we do not have many situational active items. More actives on items would add a layer of depth to itemisation that league does in fact lack. All items we have are just stat sticks.

god I miss BKB already and I’ve only returned to league for a week. I think the difference between league and dota here is that outside of bkb there are very few ways to protect yourself from magic damage in dota.

Lol has tons of MR items including Banshees Veil which is itself analagous to BKB even if nowhere near as good, whereas the only MR item in dota that tanks buy is Pipe of Insight and then there is Glimmer Cape but it’s super niche and usually only bought on supports with channeling ults like crystal maiden or witch doctor.

Tell you what I would like to see in league though, more goddamn healing items like Mekansm or Magic Wand because the amount of damage being output in this game and the insane speed it comes out makes dota look like an old folks home.

Most of the opinion from the community is that any version of BKB included in League of Legends will cause the game to seriously lose balance.

LoL is the opposite, the game has too many champions capable of surfing, maneuvering and having items like BKB even for only 2.3 seconds also makes the game extremely unbalanced. Perhaps Riot Games will never include this item in the game, no matter how the meta changes.