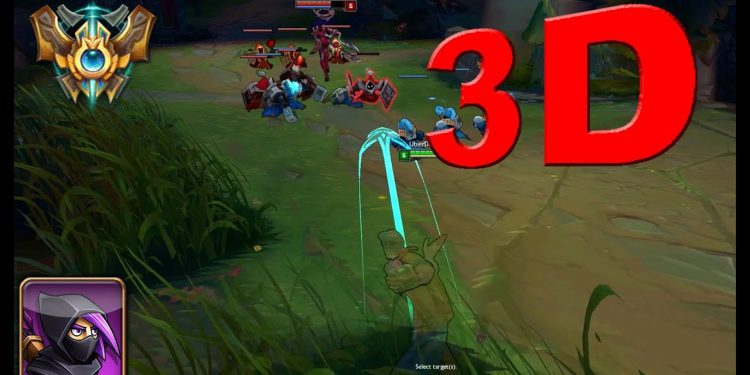 Entering 2020, Riot Games will start a new journey with many plans shared by Riot Games on the occasion of its 10th anniversary. With a lot of plans for the release of Teamfight Tactics Mobile, a new card game called Legends of Runeterra and the most prominent League of Legends: Wild Rift is receiving a lot of attention from the gaming community.

And the new journey will continue to start, besides the reasonable requirements such as adjusting the balance of weak champions, champions that are too strong, selecting champions who will have the next outfit…There are still crazy suggestions from the League of Legends community in the world:

Released the mode that Riot launched on April Fool’s Day last year – a mode that allows you to select champions and choose different skills for that champion to use. This crazy thing is possible, but because when URF closed, the number of League of Legends players has reduced by half, even 2/3. So if the mode April Fools’ Day launches, Riot fears the entire League of Legends player will quit the game when it closes.

For the top 1 gamers to challenger server in the world to join a solo tournament. This is something that is within Riot’s ability but compared to the online community, it is still quite crazy by the hype that it brings.

Launched items capable of … fixing turrets and Inhibitor. This proposal must have caused Riot to dismiss it from the first time he read it, because without this equipment the game is already quite long, if you have it anymore, you will never know when to beat the Nexus to win.

As soon as the idea flashed in the international League of Legends community that Riot should have a dedicated server for those who want to add money to increase the power of the game, it was immediately suppressed by thousands of ironic comment with sarcasm. What a crazy idea for MOBA games.

The next idea is not new but no less crazy is to want Riot to launch a mode that allows players to change the view to first, 2nd or 3rd depending on their liking. This idea was also dismissed because the community thought that when it was amended, it was no longer League of Legends.

Creating a raising Pet function in League of Legends, of course, the person who proposed this idea just wanted to pet as a costume, which will follow but has no impact on the match other than beauty. However, it is also dismissed by the League of Legends community that it will make you unable to focus while playing.

Note: This is a player’s idea, not Riot Games’s