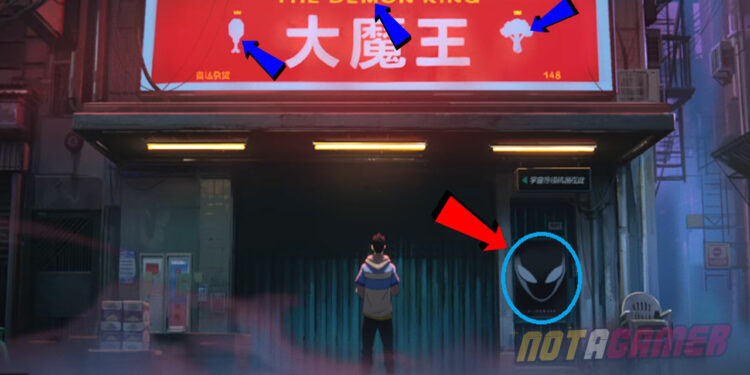 There are plentiful of interesting Easter Eggs in Take Over. You could miss it if you didn’t follow Worlds through each year.

On 8 a.m September 17 (PDT -7), Riot released Worlds 2020 theme song named “Take Over”. By the name of the song, we can see this is about a new generation surpassing all the old champions. Before we begin to show you some of the Easter Eggs that we are able to notice in the video, make sure you check out Take Over. This is a great song and watches it till the end to see how many little secrets you can uncover by yourself. We won’t waste your time, let’s get started right away.

Right at the beginning of the song, we can see two teenagers biking on the street while being watched by a mysterious man with a red cloak and rounded glasses. If you notice, you can see him wearing a black shirt with a word look like “T1”. The color red, the rounded glasses, and the word “T1”, I think we all know a man who related to these characteristics, right? Well we guess if there is only player who can appear in Take Over, it must be him right?

A Medallion, a stone, what is it for?

In the next scene, the two teenagers look at each other and give us a friend-rival vibe. They are racing and the girl just speeds up, leaving the boy behind and didn’t notice his falling. Now the mysterious man helps the boy getting up and give him a blue stone with a symbol that looks like a Summoner.

The boy then follows the mysterious man into a dark valley to stop and walk in a house with the sign “The Demon King” with the chicken thigh and broccoli. This all related to Faker, when SKT T1 won the World 2013, Faker answered “I’m gonna buy 10.000 chicken thigh sets. But since it’s a little bit too much, I’m just gonna buy 100” in the interview.

Inside the house are a few computers and a device with a carved hole that seems to fit the Stone perfectly. The boy put the stone into the device and suddenly be summoned into another World. The beautiful, breath-taking Take Over journey begins.

The King of Back Door

There is a man with a purple hoodie, he then draws a purple energy-type sword on his right wrist. This is definitely Kassadin, and there is only one Legend attached to this Champion. That is xPeke of Fnatic, the MVP and the first time ever, the Champion of all Champions. And you can see the Fnatic banner in the previous scene on the left of the man.

xPeke immediately teleports behind the boy and gives him a good beat up. The boy failed and disconnected to the computer, now the mysterious man shows his face and surprise! He is Faker. The boy doesn’t stop, he challenges the Champion again and beat him this time. The boy then disarms xPeke’s weapon, therefore, defeat xPeke and been teleported to a New World, this time is a jungle and a chubby man a hook and a lantern. It’s Mata, the support of SSG. Even though Mata retired in 2019, we will never forget how dangerous he can be in Summoner’s Rift.

Again, the boy meets up with another Legend, but this time we can’t see him in person, just a bunch of feathers being fly toward the boy and stuck in the ground. These feathers then are drawn back to the boy and defeat him again. If you notice the rock on the right side of the boy, you can see an IG logo. The champion Xayah and the IG logo, this Legend must be JakeyLove with his Xayah with his game-changing Quadra Kill at Worlds 2018.

We will have Part 2 coming up as soon as we can, there are tons of Easter Eggs waiting us to discover. If you notice anything else or we have any mistakes, please comment down below to let us know.