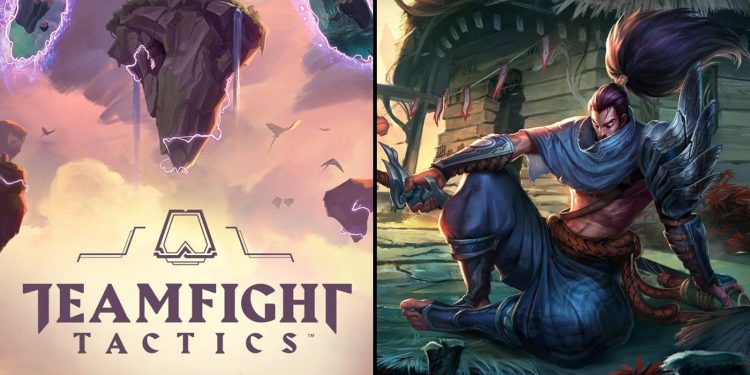 First appeared in the Teamfight Tactics, but Moonlight Assassin Yasuo is very popular at the moment because of the ability to sweep all enemy backlines, with super cool inherent.  Surely every chess player or League of Legends’ fans has heard of the name Yasuo, but Moonlight Assassin Yasuo is still an untapped mystery. Today, let’s come to the lineup that is storming in version 10. 3.

If in Season 1, we have 6 super assassins jumping into assassination lines then in Season 2, they are losing their position to the other squads. But with 10.33, the association of the Desert Origin and the Almighty Yasuo of the Blademaster made these assassins comeback again.

Yasuo has basically only slightly changed the mana gaining method in the last version, but the bug fixes for Quicksilver and Last Breath make Yasuo a hard counter of the stacked items gameplay.

Not only is it smart to choose opponents which holding most of items, Yasuo is also buffed for his slashes with critical abilities and increased damage from the Assassin Origin. These are considered to be the most suitable combinations for this swordsman.

In version 10. 3, the Assassin continued to increase the damage at landmark 3, making this team stronger at the beginning of the games:

Desert is considered as a strong clan with many champions with great amount of damage in the squad. In addition, this is also one of the origin that can effectively combine with multiple damage squads with extremely terrible armor suppression and effectively counteract a much more resistant team. Specifically:

There are 2 champions in Lunar Origin including Leona and Karma, if the Soulbound in the previous versions stood out with the ability of the 2 attacking champs, this Lunar brought 2 who are inclined to support.  Leona will tend to be a tanker, while Karma can buff amout of armor and super attack speed up to 80% for allies.

With 4 stacks you would be very powerful with the ability to increase up to 60% critical strike rate, critical damage and 40% skill damage.  Besides, during the last 10.3, the Lunar continues to receive Buffs when his skill damage increases from 10 to 15. This will make each Hasagi phase of The Unforgiven more painful than before.

The most smart ability to choose targets in the game.

Can flexibly combine with other origins/classes.

Hard to fight at the end of the game though you have enough equipment.

Too dependent on the Spatula.

The early game may be difficult.

How to play Lunar Assassin Yasuo

How to play in Early game

The Lunar Assassin Yasuo line-up is one of the relatively difficult teams to build.  However, in the early stages of the game, you can choose other pieces to win to get the win streak:

In the early game, you should only roll champions like Leona or Yasuo as much as possible and level up early.  Besides, being a foreigner and the nerf that removed Spatula equipment in the round of the market makes Yasuo not be counted as an assassin at the beginning of the match.

So, if possible replace Yasuo with some cheaper assassins which cost from 1 to 2 gold at the beginning of the game, but do not forget to store him in the queue for your chests!  With 3 killer generals in the team at the beginning, you certainly will not have too much difficulty to win the win streak.

How to play in mid game

In the middle of the match, this is an ideal formation:

In the middle of the game is a time you should consider your decisions carefully.  If after 3 turn monsters, you still do not see the whereabouts of the Spatula then “turn your head”, you should run away before things get worse.

Besides, this is the time where you must have 3, 4 money generals in theory, to be able to carry the team with Yasuo.  Also preparing yourself for a retreat is one thing that should be thought about..

With Yasuo, you can play in Blademaster squad, or if you like Assassin, 3 Assassins and 4 Desert  plus 100% armor reduction will help you a lot. Don’t forget to look for BF during the shopping period !

How to play in late game

At this point, you will have the following:

If you’re still standing in the end, congratulations, you’re one of the few people who can fit this squad successfully, despite the scarcity of Spatula.  At this point, because the enemy champions have started to take a lot of damage, so consider the armor and blood for Yasuo to survive long enough.

In addition, Kha’zix is ​​also one of hard carry cards, so a Bloodthirster and the Seraph’s Embrace are 2 essential equipments for this champion.

In the end, Janna is a weak unit, but her ultimate stuns 1. 5s and healing allies is one of the most powerful moves.  Don’t forget about this champion, at least let her use her skill once in the match.

That is all you need to operate this tactic.  Although quite fast, but finding a Spatula in the present time is not simple at all.  So wish you all the best of luck and have a lot of dignity and a successful rank in Teamfight Tactics.

At last but not least, don’t forget to tell us what is your opinions about this line-up, Teamfight Tactics, League of Legends and especial Notagamer in comments. Thank you for advices that make us better.