Irelia goes berserk in Top lane after her remake in Patch 11.14 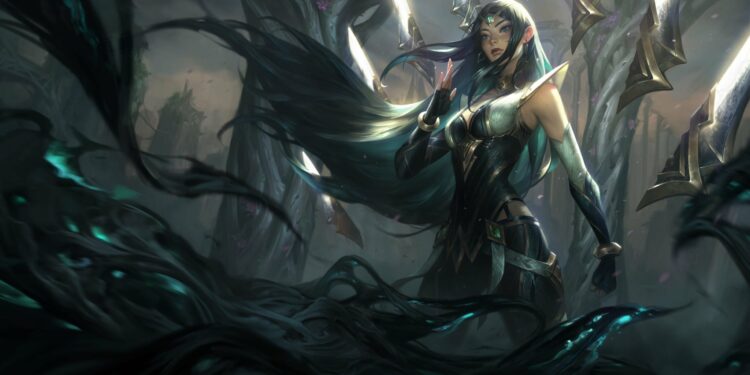 Both the pick/ban rate and the win rate of Irelia sky-rocketed right after the release of Patch 11.14.

Irelia received a minor update from Riot Games in Patch 11.14. According to Nemesis, a former professional player, this remake of Irelia has made her very “broken.” This player’s statement is hardly misplaced, given that The Blade Dancer is currently considered as an extremely excellent champion in Top Lane by U.gg, with numbers like pick/ban rate and win rate all rising significantly.

The first reason why The Blade Dancer is so powerful comes from modifications to this champion’s passive in patch 11.14. In patch 11.13 and earlier, Irelia requires up to 5 passive stacks to gain a significant increase in attack speed and damage. In version 11.14, however, gamers just need to accumulate four stacks to have the same strength as originally. This significantly improves Irelia’s damage capabilities in the early and mid-game, particularly at the 1-2 large item mark.

The second significant change in patch 11.14 is that her W – Defiant Dance now has the magic damage reduction effect restored. Furthermore, the physical damage mitigation effect of this ability rises significantly with Irelia’s level. In the backdrop of the Fighter’s magical resistance increase equipment being fairly terrible in season 11, Riot putting the magic damage reduction effect on W – Defiant Dance is too much of a buff for Irelia.

Another significant change is that R – Vanguard’s Edge now has a passive that decreases Q – Bladesurge’s cooldown. It’s worth noting that this effect will take effect before the skill cooldown is applied. Because most League of Legends players maxes out the initial Q – Bladesurge when using her, this ability will have a very low cooldown with the aforementioned effect. As a result, the power that comes from The Blade Dancer’s mobility and output damage has been enhanced in this 11.14 patch.

Regarding how to build Irelia after the rework, Conqueror in the Precision branch is still the most suitable rune for this champion. In the side branch, you can choose points in the Inspiration such as Biscuit Delivery, Time Warp Tonic to maximize Irelia’s ability to stay. You can also use the Resolve branch with points like Bone Plating, Unflinching to ensure rigidity and increase tenacity which is always great in the current meta.

For the core items, “Blade of The Ruined King” is still the most suitable item for her when it interacts too strongly with the bonus attack speed from this champion’s passive. Mythic item options such as Immortal Shieldbow, Goredrinker, or even Divine Sunderer are all items that Irelia can use well. Among them, the Immortal Shieldbow is considered the strongest item when it has a relatively strong shield-generating passive. Other items like Wit’s End, Guinsoo’s Rageblade, Sterak’s Gage… are the most suitable options for Irelia in the later stages of the match.

In short, with Riot’s rework, Irelia was able to deal more damage early and mid-game with her Q –Bladesurge having an extremely short cooldown and accumulating passives too quickly. Besides, the buff for W – Defiant Dance has made Irelia much more “tough” than before, especially against AP matchups. If you want to find a strong champion in the Top lane to climb the rank, then The Blade Dancer is the most suitable choice in the current version.