IS IT TIME TO END ALL THE PREJUDICES ABOUT ESPORTS? 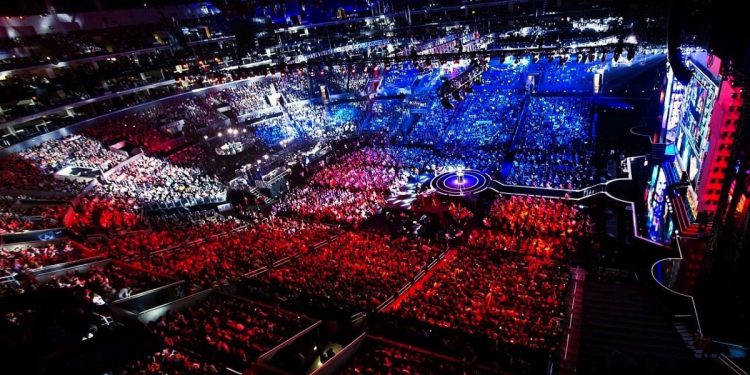 The discussion of whether eSports are genuine sports has been going on for a long time. Double-digit growth rates, sold-out stadiums, millions of spectators and award money totaling several million euros clearly show that eSports stopped being a fringe phenomenon long ago.

More and more prominent stars such as Rick Fox and traditional sports clubs such as Manchester City are already investing in eSports, and now brand like Mercedes-Benz are also joining in. That’s why it’s high time to dispel a number of prejudices and take a look closer at eSports.

As we have known, eSports describes the world of competitive, organized video gaming. Competitors from different leagues or teams face off in the same games that are popular with at-home gamers: Fortnite, League of Legends, Counter-Strike, Call of Duty, Overwatch and DOTA, to name a few.

These gamers are watched and followed by millions of fans all over the world, who attend live events, tune in on TV or online. Moreover, Stream services like Twitch, Facebook Gaming,… allow viewers to watch their favorite players play games in real-time, and this is where popular gamers build their massive fan base.

Besides, eSports is the first major global entertainment trend to take its lead from Asia — largely pioneered in South Korea, China now provides the largest bloc of viewers — rather than the west. Pro-players and viewers are predominantly in their teens and early 20s and are thus attractive to advertisers and sponsors. More than 600 esports sponsorship deals have been struck since the beginning of 2016, According to Nielsen. The fastest-growing revenue stream, say the report’s authors, is media rights, which they expect to generate $340m by 2020.

On the other hands, because the essence of eSports is games, so it’s always having prejudices and mixed opinions around this issue.

THE EXPLOSION OF ESPORT IS GRADUALLY CHANGING SOCIAL PREJUDICES

In 2017, League of Legends’ official Youtube account has uploaded the video about the stereotypes surrounding eSports on popular TV shows and how it surpassed those preconceptions to become a firm foothold sport.

Probably, I think “Our Game” has said everything, from the ups and downs to the emotional scenes that you may love it. This video has also received a huge celebrate and support from the eSports community in general and League of Legends itself.

Even players in other games have to admit it.

eSports is a very “young” sport industry but has been developing rapidly in the last decade. In fact, it has a huge appeal to young people, even the older ones.

Last year, the Paris 2024 bid team expressed interest in including esports as a medalling event. The International Olympic Committee (IOC) acknowledged the rapid growth of competitive gaming and released a statement that said, “competitive esports could be considered as a sporting activity, and the players involved prepare and train with an intensity which may be comparable to athletes in traditional sports.”

Moreover, Universities in the US, Europe and Asia have started many programs dedicated to eSports, where gamers can register to study and get an eSports Official Degree. In addition, not only Universities but also more than 100 high schools in the US apply eSports to their education programs. Besides traditional sports teams, there is also an officially sponsored eSports team here. Not to mention, University of California has applied scholarship policies for eSports athletes as a way to attract talent.

Despite the fact that eSport is now gaining more and more popularity than it used to have. By far, it still has to face countless problems, and doesn’t have much community support, especially from the elders, who has always considered eSport as a meaningless activity and a waste of time.

Thus, every problem always has its pros and cons, positive and negative. We can not stop all the whispering to online games, only by trying to minimize it through propaganda, or game-oriented activities. In that journey, only you – the game makers, the gamers or simply those who love playing games understand the problem and don’t be triggered or argue uselessly when someone comes to that problem. Because it is obvious and inevitable, as long as we are not so, playing the game healthy, moderation and civilized is highly recommended.

According to Newzoo, a market analysis firm, the global eSports market promises to surpass US $ 1.6 billion in value by 2021.

But those can’t stop eSports from reaching its real potential or from holding the crown and place it really deserved. Step by step, eSports has set memorial milestones, not only of the number of players and audience but also a rapid and unbelievable income.

“When I look at 2018, I feel like it was the year that esports really started cracking into the mainstream,” Jack Etienne, owner of North American esports team Cloud9, told CNBC recently—. “To me it feels like we’ve broken a barrier that we’ve never attained before in esports.”

In 2018, as estimated, there are more than 210 million eSports players worldwide and this number continues to rise sharply. In 2018, esports held the attention of nearly 400 million viewers worldwide—and cable and OTT platforms took note, with media rights revenues topping $180 million. Total esports revenues reached $869 million in 2018, and the future forecast is even more appealing with expectations that number will triple by 2022, reaching $2.96 billion, according to Goldman Sachs.

2019 is A Momentous Year for Esports as the Market Surpasses $1 Billion! The year 2019 marks a major milestone for the global esports market, which will for the first time exceed the billion-dollar revenue mark. In fact, revenues will reach an impressive $1.1 billion in 2019, a year-on-year growth of +26.7%. Around 82% of the total market ($897.2 million), will come from endemic and non-endemic brand investments (media rights, advertising, and sponsorship). The highest-grossing individual esports revenue stream worldwide is sponsorship, generating $456.7 million in 2019. The fastest-growing esports revenue stream by far is media rights. The full report contains a deep dive on the global trends affecting sponsorship, media rights, advertising, and more.

It doesn’t stop there, projections indicate that there will be 84 million viewers of eSports by 2021, higher than the 79 million MLB viewers or the 63 million NBA viewers. eSports are no longer games that kids spend the whole time in the room playing games. Even the top eSports athletes now make more money than athletes in other traditional sports such as golf or tennis.

Once drown in hatred and prejudices, once didn’t accepted by society; now, it has become a billion dollar industry, spreading out like wildfire, nothing can seem to stop this monster from its rapid growth, thus breaking one record to one another without any troubles.

There are 3 elements that will, promisingly, help eSport to not only standing still at where they are, but can reach even higher.

“In 2017, financial institutions like Goldman Sachs valued eSports at $500 million, predicting that the market would grow into a $1.5 billion opportunity by 2022. Meanwhile, also in 2022, there will be 2,5 billion players and 557 million viewers worldwide” – According to QUALITANCE.

The VR technology is predicted to take eSport one step closer to become a real sport as it, not only can makes audience experience much more realistic and interesting but also bring the players and competitors a new world to deep themselves in.

With mainstream media starting to embrace the industry, eSports is connecting players like never before. Ensuring that the platforms and technology not only function optimally during competitions, but also cater to the growing eSports community is crucial. For instance, game developers and service providers have started to integrate eSports with the equally burgeoning market of mobile gaming in the form of mobile eSports. With this, the eSports industry is ripe for unique opportunities, and most importantly, it’s showing no signs of slowing down.

For now, from such small place did they start at, they are still dominating at their very own field and world they created.