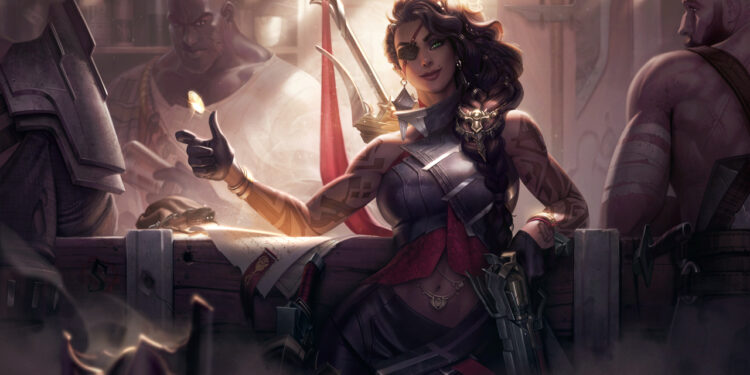 If you are currently wanting to play Samira, even choosing her when she is available is a hard task.

Despite Samira’s nerf in Patch 10.21, she is still one of the most broken champions in League of Legends. Marksman’s position was seen as a pretty boring role, they were repetitive and in each meta, there were only a few safe-zone options for players to choose from.

Things have changed recently since late 2019, the debut of Senna and Aphelios started this reaction where new Marksman champions became extremely strong at their first release. At that time, both of them spread their dominance across the entire Summoner’s Rift, crushed any other Marksmen who dared to compete. From times to times, after many power and utility adjustments made by Riot, they still appear in Worlds 2020. Aphelios is a viable hyper-carry option while Senna still maintains one of the most picked Marksmen in the tournament.

Their glorious era has passed away, now it’s Samira’s turn to shine. If you were looking to play her in your solo/flex queue games in League of Legends, unfortunately, you may don’t have enough luck to do that. According to League of Legends statistics site U.GG, Samira has a 75.7 percent ban rate in Platinum and above ranks right now.

Luckily, due to the late release of Samira, Riot doesn’t have enough samples to allow her appearance in Worlds 2020, she is simply broken because of the extremely powerful and mobility kit. It looks like the community is trying to find a proper way to tune down Samira. Lalivia_Masters posted a thread on Reddit suggesting Riot should remove the knocks-up in Samira’s Passive, the thread has only been up for 3 days ago but it has received up to 2,4k positive upvote. Lalivia shared:

Samira is not the only case where newly designed champions in League of Legends break the game, we are all familiar with Sylas and Irelia, right? With the ability to knock her opponents up in the air, she really has tons of advantages in every stage of team fight from small to 5v5. Not to mention this Passive doesn’t require Samira to do anything special, it’s a point-and-click knock-ups skill! Again, knock-ups can not be countered, stacking Tenacity (also known as Crowd Control Reduction) won’t help you air-borne shorter.

Even though in Patch 10.21, Riot made a few adjustments that make her E – Wild Rush cooldown slower and also decrease its attack speed bonus, this can only make Samira players become a little bit more passive in the early laning stage. Her opponents really have to understand her well and grab that only pre-level 6 chance in order to end her before she builds up enough power. If you miss that opportunity, unluckily, she is still broken after achieving level 6. By accessing the Inferno Trigger, she is able to deal an insane amount of damage as well as one of the best healing abilities in League of Legends, especially talking about Marksmen.