Is Seraphine too op in the current meta? – Season 2021 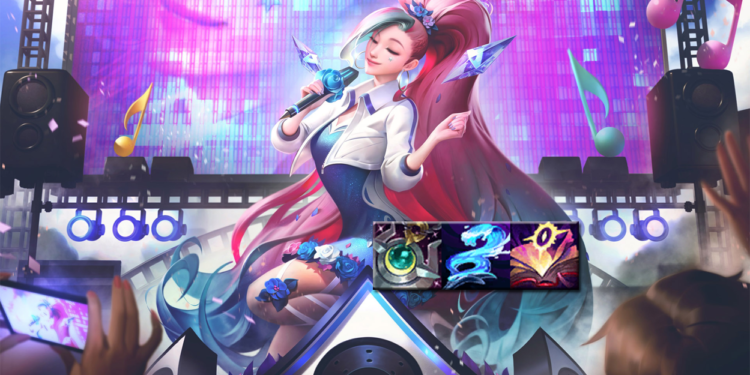 In League patch 11.4, Seraphine has been dominating every champ in Laning phases like mid lane, bottom lane to even support. In this article, we will look through why she is so broken in each lane.

In the mid lane, Seraphine is still a champion with the role of supporting teammates with some essential items like Moonstone Renewer. Her Laning phase is rather simple, she just has to farm safely, push the lane as quick as possible, and roam if necessary. Since Seraphine can only maximize her true potential when teamed with other champs, so it is more considerable to stay away from any 1vs1 situation.

Moreover, mid lane Seraphine still follows normal supporting items so the team will need some damaged-like champions (Toplaner and Jungler) that are both bulky and devastating like Irelia, Darius, Udyr, Lee Sin,… these champs will have to be tanky enough in combat so that Seraphine can buff them.

And as usual, Seraphine’s main role is to buff units and deal damage from a long distance, her first item is still Moonstone Renewer. When combines with Senna, all you have to do is not getting CC by the enemy’s team and this dual will be constantly healing, shielding, and harassing the opponents with their long-ranged skills.

At this time, Seraphine and Senna should “soften” the enemy bot lane and wait for the jungler to gank to get the kill. Likewise, because this dual doesn’t have the specific ADC so the comp should play around Mid-laners that deal damage like Azir, Lucian, Irelia,… just in case the team lacks any damage.

Seraphine is still a must-pick champ with a pick/ban rate of 42,3%, and if teamed with Ashe the win rate will stand at #2 (#1 is Seraphine + Senna) with a win rate of 55,03%. Her Laning phase is mostly around poking, exchanging skills, and then healing, must avoid CC skills at any cost (since Seraphine and Ashe don’t have any mobility skills).

At this time Seraphine can truly shine with her main role as a support, just by playing around the team comp in any combat situation, protecting ADC with her W and any supporting items.

Since Seraphine is so used to be played in the backline so bringing defensive spells like Heal, Exhaust, Shield, Cleanse with Flash is compulsory.