Is Vander from Arcane actually Warwick? 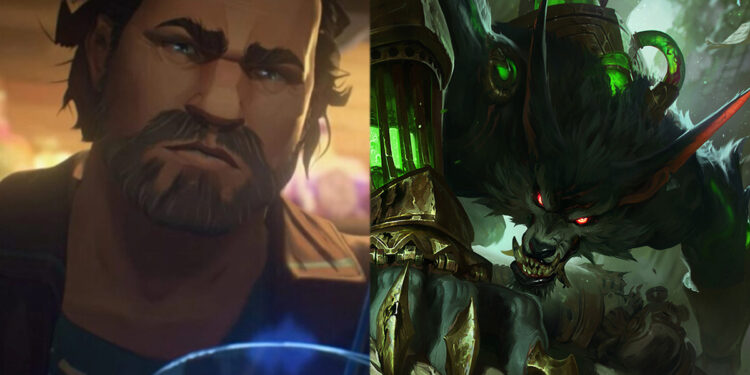 As fans debate the first act’s crazy occurrences, hints that have been in plain sight for years lead to Arcane‘s first three episodes revealing a secret origin tale for one of League of Legends’ first champions, Warwick.

Vi and Powder (known as Jinx now) are orphaned early on in the story and are taken in by Vander, who plays a father figure in their life.

Yet in the past, Vander launched a rebellion against Piltover’s elites, believing that violence might bring about change. However, the revolution ended in tragedy, with numerous Zaun residents, including Vi and Powder’s parents, losing their lives.

This occurrence makes him feel guilty and alters his perspective on life. But this peaceful period didn’t last long after Vi and other kids committed a heist that irritates the higher echelons of Piltover.

In the midst of the chaos, Silco resolves to get revenge on him. Then, Silco kidnaps Vander in order to experiment on him, but the kids manage to liberate him. Things quickly deteriorate, and Vander is stabbed by Silco. As a result, he ingests Silco’s experimental serum (that turns people into monsters). Eventually, Vander died after asking Vi to take care of Powder and appeared dead later on with the screaming voice of Powder.

Is Vander Warwick from League?

While Vander is a new character in the League of Legends universe, people are theorizing that he is actually Warwick before having the monster form.

First, Vander’s look after ingesting the serum is similar to Warwick’s, but not identical. That’s because Warwick’s lore claims he went through a lot of experiments to become the monster he is now. So it’s likely that Vander isn’t completely dead, and that he’ll go through further more experiments before morphing into Warwick.

Secondly, another of Warwick’s lore can also be a hint of Vander’s past:

“Though many think of Warwick as no more than a beast, buried beneath the fury lies the mind of a man—a gangster who put down his blade and took up a new name to live a better life. But no matter how hard he tried to move on, he could never escape the sins of his past.”

This is actually similar to Vander’s past as the revolution has haunted him even after he tried to change the perspective of his life.

Lastly, we have another hint of his lore:

“Warwick struggled to recall a single memory from his past… All he could see was blood. But then he heard a little girl screaming. Screaming something he couldn’t understand. It sounded like a name.”

This description corresponds to where Arcane leaves Vander at the conclusion of episode 3. He can hear Powder crying “Violet!” as he bleeds dead after Vi hits her and leaves her for killing Vander with the Hextech grenade. Vander can still hear Powder sobbing as he lies dying on the ground, badly injured with his blood stream.

With all of the theory are put together, it can be say that Vander will turn into Warwick eventually, and this might be revealed later on in Arcane.