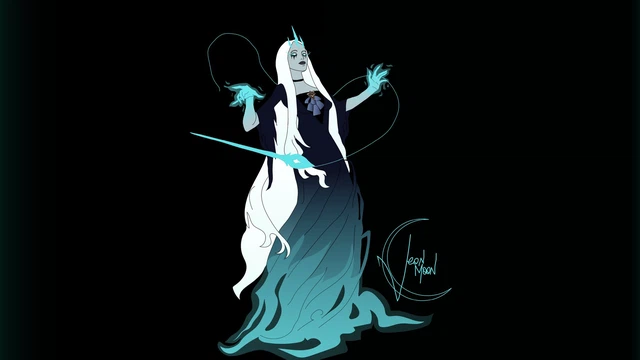 It would seem that Viego and his wife – Isolde will soon meet again in League of Legends.

Last month, Riot Games introduced Viego alongside three new champions who directly revolved around the Ruined King to come in 2021. The first character was teased as a top lane fighter attached to the image of a sewing needle and sort of ribbon with a symbol of the ancient kingdom. The devs also depicted the champion as tailor-made to hinting Isolde’s champion theme and design in Riot Game’s dev video titled “Champions in Season 2021.”

According to Streamie, a Brazilian streamer who has leaked precisely champions including Lillia, Yone, Seraphine, and Samira, state that Isolde might be the upcoming League champion.

In her recent tweet, Streamie also revealed that players may shortly be able to see the addition of the skins Battle Academia Caitlyn and Blitzcrank. Although it’s a huge leak of itself, it’s her reaction to the original tweet that League fans were extremely excited about: “Isolde Academia de Batalha… (especulando).” Translated into English, Streamiebr is merely speculating that Riot could be planning on making the Battle Academia Isolde skin.

As we have seen in “the Ruination” cinematic trailer, Viego succeeded in separating Isolde’s soul from Senna’s body, a strange wail can be noticed. It sounds like a child’s wail, which may reveal something troubling regarding her marriage to Viego, or a frightening wail of pain and torment.

With all the suggestions from Riot Games and the “high credit” of Streamie, Isolde seems to be the next champion to join the League of Legends roster. It is possible that after Rammus’s mini-rework, there will be more details on the character revealed by Riot Games.