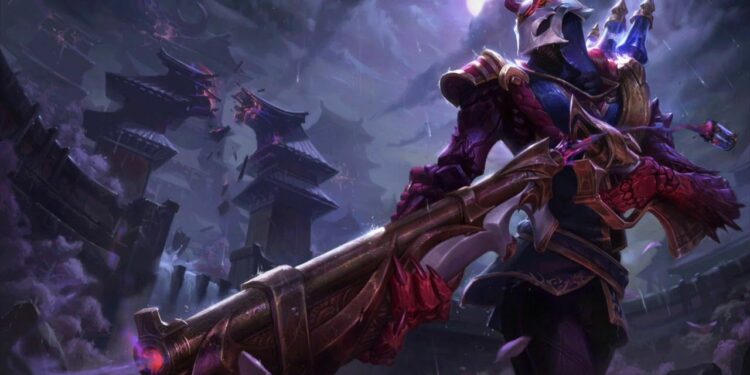 Ever wonder about Jhin’s face, now it’s the chance.

As League of Legends continued to develop strongly after its 10th anniversary last year, many of the game’s secrets are revealed, Jhin’s face is not an exception in this case.

On November 20th, 2019,during the League of Legends 10th Anniversary streams,  Riot Games and Wild Blue Studio dropped a huge bomb – a sneak peek at the comic series about Zed. The comic then features the unmasked faces of Master Kusho, Zed, Shen, and their unfortunate fates, little did we know they also had a plan for a face reveal for the twisted mind which orchestrated the tragedy of our heroes – an unmasked Jhin.

Back then it was a huge bomb, we all know Jhin is a lot of people’s favorite psychopath. But recently, a FULL RES UNCENSORED image of the same concept art was posted on Wild Blue Studio’s art station. It was not long until the image was taken down, but you know how the internet works, SpiderAxe reposted it, u/Darklarik shared it, then we saw it.

Jhin’s face is here in full res and it’s just perfect, he’s just a normal guy with some charisma, and that is so cool. The genius with the most sinister intentions, the most twisted sense of humane can easily blend into the crowd undetected by Ionia’s most trained warriors.

Note that this revelation was not the publisher’s intention. Although there’s a very high chance this is the face behind the mask canonically, since this image was not approved officially by the writers at Riot Games the writer at Riot Games may change it in the future.

As for the face, we actually commissioned and have images of Jhin’s basic face for the comic. Created as a reference for the artists (exclusively). Mostly because we knew we might’ve shown Jhin partially and briefly unmasked… but with his hand partially covering his face or if we had pieces of his mask broken, revealing part of his face underneath. But ultimately by choosing the camera angles we avoided this completely.

Even ignoring the fact that Jhin is a master of disguise, part of Jhin’s threat and theming is as a psychopath. That you don’t know exactly what he looks like and that he can blend into a crowd because he is so “normal” looking is a part of his power and powerfantasy…-

That said, personally, I think revealing Jhin’s face is something Riot should do eventually. However first, I think the craftsmanship of the art should be a major consideration before/if a product reveals his face to the audience. Second, I’m not sure I think that reveal is earned within the length of a single graphic novel– unless the focus of the story requires revealing Jhin is human. …