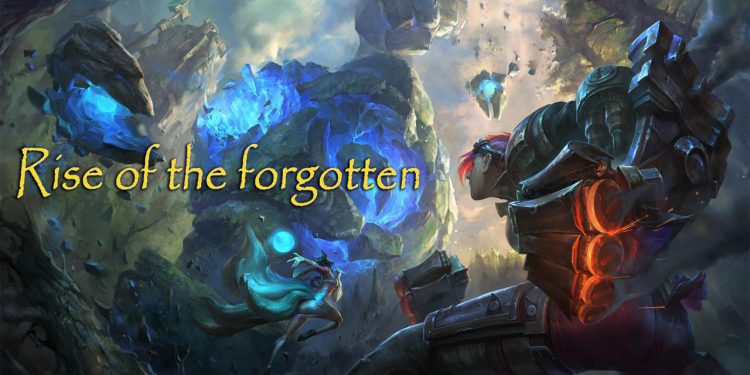 In patch 10.13, while there are many champions who had been nerfed to the ground and their win rate is dropping rapidly like Yuumi, there are also ones who is coming back strongly. Especially in Korean Challenger scene, lot of old junglers have been brought back into ranked because they had been received quite big buffs from Riot Games.

Here are those junglers:

Prior to patch 10.13, Nocturne has already been a fast clearing jungler after he acquired Tiamat, but now in this patch Nocturne‘s clrearing is even more faster thank to the adding of 2 seconds cooldown on hit against any target (before it was only on champions). This helps Nocturne to clear camps better, establish ganks faster and reach level 6 sooner than before.

Ganking with Nocturne is pretty simple, just need to go to the back of the enemy, use Q – Duskbringer to approach and press E – Unspeakable Horror on enemy. The enemy would use Flash to avoid being scared, in that case Nocturne could use Flash too to commit the gank or just retrieve and wait for another opportunities.

In later of the match, Nocturne can assist allies to push tower or try to find 1v1s. In big combat, Nocturne can be used as “suicide squad” with his combo R+E+W, not many targets can escape Nocturne‘s assassination.

Nunu is the one who received the biggest buff in this patch, just with the increasing in damage of Nunu‘s Q – Consume (from 0.5 ability power to 0.65 ability power) and its healing (from 0.7 ability power to 0.9 ability power) is already helps Nunu to clear camps a lot stronger. Not to mention, Nunu‘s R – Absolute Zero now creates a shield which is scailing with % additional HP plus 150% ability power, this turns Nunu into a unbreakable war tower in combat.

When ganking, Nunu‘s playstyle is simple but challenging, you need to “drive” his W – Biggest Snowball Ever! and try to hit the enemy, after that use E – Snowball Barrage to slow and snowbound the target and deal damage with Q – Consume.

In patch 10.13, with “Riot Games’s support” Nunu can even build Mejai’s Soulstealer, because Nunu‘s tankiness benifits from ability power. In lategame, after built tank items, Nunu‘s can use W – Biggest Snowball Ever! to run right into enemy’s information and channel R – Absolute Zero, it’s tough to kill Nunu immediately.

Vi’s buff is the smallest compare to the 2 above mentioned champions, but Challengers in Korean server is bringing her back.

Technically, Vi in early game jungling is still the same with leveling up skills in order of W – Denting Blows first then E – Excessive Force next and after that max Q – Vault Breaker. In term of items, you should rush for Trinity Force right after completing jungle item. With two of those items, Vi in midgame damage is massive. In ganking, Vi usually uses combo of Q+AA+E to burst enemy’s HP and then tries to hit-and-run to maximum her damage potential.

In lategame, Vi could become a split pusher or hunt down enemy with teammates or even involve in combat. Vi‘s kit is versatile, she has single target CC, AOE CC, high single target damage, armour reduction, she can adapt to many different strategies.