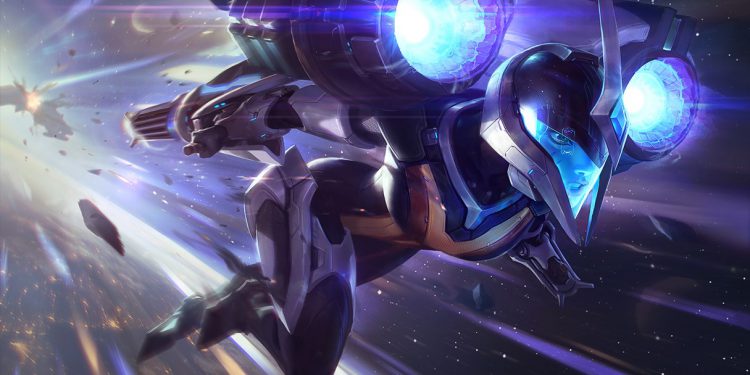 The Kai’Sa build was inspired and used mostly by GEN.G Ruler – the champion from Worlds 2017.

With the fact that Kai’Sa is having an exceptionally high pick rate in season 11, she has always been the “queen” in the ADC position. According to Op.gg statistics, Kai’Sa has always had a pick rate in the top 1-2 in the ADC position from version 11.1 till current. The Daughter of the Void is an “all-powerful” ADC champion in League of Legends, with comprehensive strength throughout the game and the capability to “carry the whole team” very well.

In contrast with her pick rate, the win rate of the Daughter of the Void has steadily dropped since the Q damage and cooldown nerf in Patch 11.4. However, things had changed in Patch 11.14, by building Wit’s End as her second item, Kai’Sa win rate has rapidly grown in the current version of League of Legends. Wit’s End proved to be so powerful that even Ruler from Gen.G has continuously “spammed” it on Kai’Sa in the past several days.

In fact, no visible modifications have been made to Kai’Sa or Wit’s End in patch 11.14. This style of play is currently quite popular since players recognize that Wit’s End will let Kai’Sa evolve skills incredibly quickly. Kai’Sa can evolve both Q – Icathia Rain and E – SuperCharge with only Kraken Slayer and Berserker Graves, thanks to Wit’s End’s incredible stats – up to 40 AD and 40% attack speed.

On the other hand, getting on the Collector merely enables Kai’Sa to have enough AD to evolve Q with the same amount of gold. As a result, making Wit’s End the second most valuable item for Kai’Sa will let this champion deal more damage and better positioning thanks to the additional magic resistance. After the Kraken Slayer and the Wit’s End, the Collector will be more appropriate in the third large-item position.

Not only does Wit’s End affect skill evolution, but it also does a significant amount of magic damage in the middle of the game, especially when paired with the passive Second Skin. This makes it more difficult for opponents to build items to counter Kai’Sa, who can inflict incredibly powerful mixed damage. Remember that the items that boost magical resistance in season 11 are pretty terrible; forcing the opponent to use these sorts of items is already a victory for the Wit’s End build.

In terms of building runes, Kai’Sa still uses the traditional Hail of Blades board. In the Inspiration sub-branch, gamers should get Cosmic Insight points to reduce Flash’s cooldown. As for how to equip, Kraken Slayer, Wit’s End and Berserker Graves are of course essential items for Kai’Sa. You can then buy The Collector, Infinity Edge to increase the amount of physical damage. If gamers want to deal more magic damage, Nashor’s Tooth is the item you should aim for.

However, with Wit’s End, she will be able to upgrade 2 important skills including Q and E very early. Thereby, the Void Daughter will reach great power very fast, around mid-game, and contribute more damage to the team. This is very important in single-ranked environments where fights can break out throughout the game. If you choose Kai’Sa as your champion, Wit’s End is your indispensable item in the current meta.