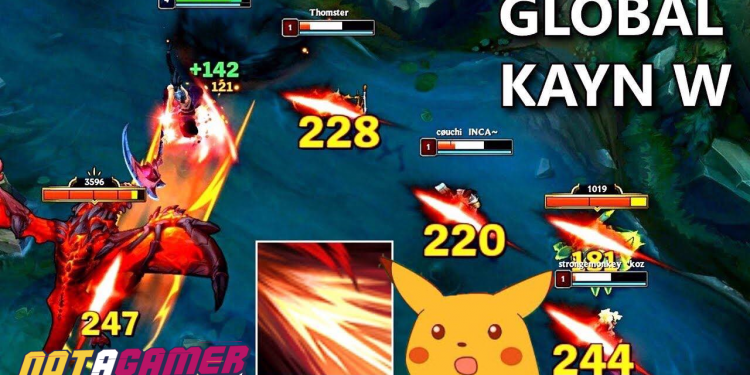 Kayn continue to be the “abandonded” child when no one even want to pick him and also was disabled worldwide due to a recent bug.

Kayn actually has an extremely strange fate in League, was debuted as an assassin Jungler but he is mostly played in his Bruiser form. Despite the fact that other champions only need a little buff to help them find their place in the patch, sometimes become meta or even broken with certain build.

Things are not the same for Kayn, he got a lot of “special care” from (buffed for 11 times) but still couldn’t make his way to the top of the jungle. The latest buff has given him a chance to enter the meta, however, not jungle but top lane is where he find him self suitable for a very long period of time. In short, this guy is extremely difficult to find his place in League of Legends’s jungle.

Like life hasn’t been hard enough on this Darkin Assassin, incidentally, Kayn was disabled on all servers managed by Riot Games worldwide yesterday.

Shortly after this announcement was released, the “Sherlock Holmes” of the League of Legends community began to find out this issue. And the one who found out first was none other than the “bugging god” Vandiril, according to him, the “crazy” bug turned out to be the former W bug that made his (W) Blade’s reach damage the entire map. However, after the release of patch 10.10 and the bug was fixed, somehow it returned and Riot had to locked him up to fix this major bug.

Hopefully, Riot Games will use this opportunity to permanently fix bugs like these to avoid unfortunate events. Remember a few weeks ago, a similar bug on Ornn has been abused by more than 3,000 gamers in China, later, all the accounts that were reported for abusing this bug was banned from the sever. Similar incidents has also happened before with Pyke’s E, and Yasuo’s infinite Q bug.