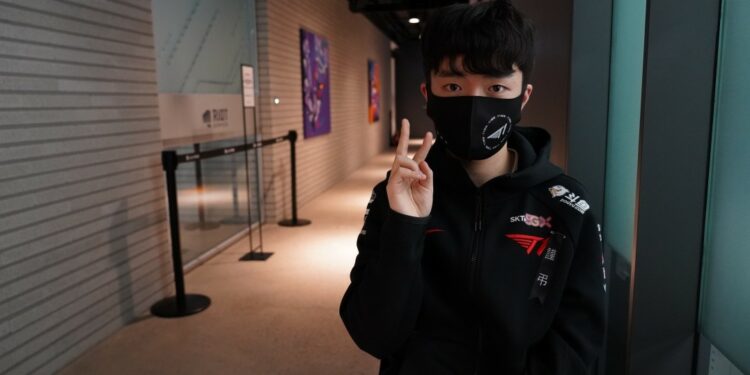 Several professional League of Legends players have been having a little drama around them for the dominance of their region over the previous few weeks.

G2 Esports Mikyx first stated that LEC’s bot lane is far stronger than that of LCK. DWG’s ShowMaker then responded by stating that the LEC weren’t even qualified for professional standard compared to LCK and LPL.

T1 Keria then just remarked about his comment, supporting DWG ShowMaker on the current status of games in League of Legends’ LEC and LCS.

Keria is a support player for T1 and play with T1 Gumayusi of the team’s bot lane. Besides, T1 has been playing well recently and is one of teams qualified enough for the LCK region’s League of Legends World Championships.

In a recent interview, Keira striked back to Mikyx’s comments about LCK:

“While I think LPL bot lanes are stronger than LCK bot lanes, I don’t think LEC bot lanes can compare to LCK/LPL.”

“When I tune in to watch how they’re played, there isn’t anything to learn from their gameplay, so I always end up turning the stream off.”

There’s no doubt that T1 players are quite confident when it comes to their performance. T1 Gumayusi also had the chance to be interviewed about Worlds and Gumayusi even believed that he and Keria is the strongest bot duo in the entire world right now.

Aside from that, when it comes to Worlds performance, the LCK area has clearly outperformed the LEC and the LCS.

With the League of Legends World Championships just around the corner, viewers can expect to see a very competitive gameplay between regions as these comments from pro players are becoming more and more intense. When these players meet at the Worlds level, it will be intriguing to see how they back up their claims.