Khan confirmed his retirement at the end of this Season 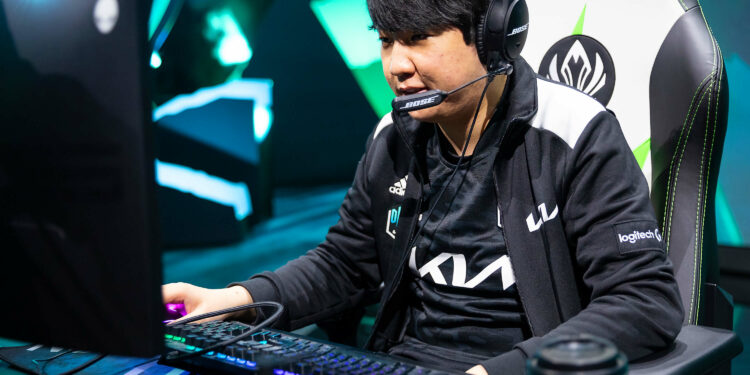 Perhaps Khan will devote his entire mind to winning the title in the final League of Legends Worlds of his career.

Khan, the top laner of DWG KIA, just announced on his personal stream that he will retire from competitive competitions at the conclusion of this season. The reason for this is because he will be eligible for military duty by the end of 2022.

“At the end of this season, I will retire, because I will most likely receive a notice of enlistment around June next year. That is the deadline for me to perform my military service.

Actually, I can still play in Spring 2022, but you know, no team with a goal of going to Worlds would sign a player who can only play in the Spring, so I will retire at the end of this season.”

Khan had planned to retire after parting ways with FunPlus Phoenix earlier this year, but coach kkOma – his previous instructor at SKT – persuaded him to stay for another year with DWG KIA.

Although Khan had planned to retire for a long time, his desire to win an international title compelled him to prolong his professional career. His ambition, however, has yet to be realized.

DWG KIA lost to Royal Never Give Up in the MSI 2021-Finale, and after competing in several international competitions with teams like as KingZone DragonX, SKT T1, and DWG KIA, Khan has yet to win a title.

With Khan’s retirement confirmed at the end of this season, Worlds 2021 will be his final chance to achieve his ambition of becoming a world champion.

Besides Khan, in LPL, TheShy and Rookie have also announced their retirement at the end of this Season.