Khan shared that DWG players are still practicing day and night after the World Championship! 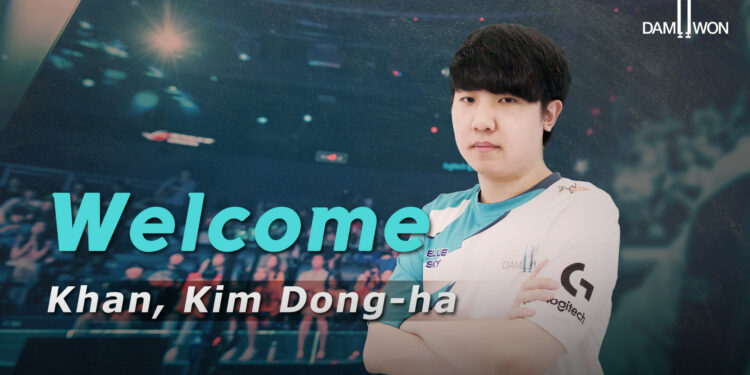 It’s hard to accept when a player loses his crest of the wave. Professional gamer is a tough career with a very short lifespan, no one wants to mislay glory and have to regret it at the age of 29, 30, and also in the case of Khan!

Seven years but it’s still not the end

Kim “Khan” Dong-ha (Hangul: 김동하) is a League of Legends esports player, currently top laner for DWG. He was previously known as Hanlabong.

After winning the 2017 LCK Summer Championship, he went on to win two more LCK championships and reached the top 4 of World 2019. After that, he returned to LPL to find a new challenge but the results are not as good as expected.

Having debuted in 2013, Khan overcame numerous challenges to become a successful player. Many players at the same time have retired, but Khan (born 1995) proves that he is a tough fighter. This time, Khan continues to choose a world champion team as a landing place. He assumed that DWG is the strongest team in LCK at the moment.

“I have lived in China for a while so I don’t have too many difficulties in everyday life. My adaptability allows me to blend into any environment, even as noisy as FPX, it only takes me a few days to get used to.”

For the past two months, he hasn’t played League of Legends. Thinking deeply about the future makes him naturally away from the game.

“The results of this year’s FPX really weigh on my mind. I did not want to delay my mandatory military service and was considering retiring, looking for another route. At that time, I got a call from head coach Kim “kkOma” Jeong-gyun. At first, I thought my plan wouldn’t change, but through many conversations, kkOma convinced me.”

kkOma said: “I’m not sure how long you’ll continue to play, but don’t retire bitterly.” Due to fear of regret, and great players that DWG is owning, Khan has regained his desire to conquer the title once more.

Being asked about the DWG team’s atmosphere, Khan had nothing to say but great things. Although he has never interacted with the DWG players (except for Jang “Ghost” Yong-jun), he integrated with the team within a few days. Khan was very excited when being asked about his teammate’s skill, it exceeded his expectations before joining.

“DWG is amazing. I think the young players who have just won the world championship will please themselves, but right now, they are concentrating on the game day and night. If I won Worlds last year, I think I would be something else. I was exhausted from trying to be a world champion for seven years, but seeing the young players yearning, I know I have to fulfill my potential.”

Khan knows that people will compare him to Jang “Nuguri” Ha-gwon, especially when he is included in the squad that just won the championship. However, if something goes wrong, Khan will admit all his mistakes without fearing the pressure.

Challenges in the near distance

Talking about competitors, Khan feels the most “careful” of the Gen.G team. He believes teams that have been together for 2 years will reach their peak. “The first year to practice bonding, and they’ll be fed up with each other by the third year.” – he laughed happily. He also appreciated mid laner and player Jeong “Chovy” Ji-hoon, who recently joined Hanwha Life Esports.

He praised Kim “Canna” Chang-dong and Choi “Zeus” Woo-je, T1’s top laners. He knows he’s “a bit old” but still confidently can keep up with all the young talents.

Read next: Teamfight Tactics: The Festival of Beasts is coming, 20 champions will be Removed!