Khan will be resigning with DK as a content creator 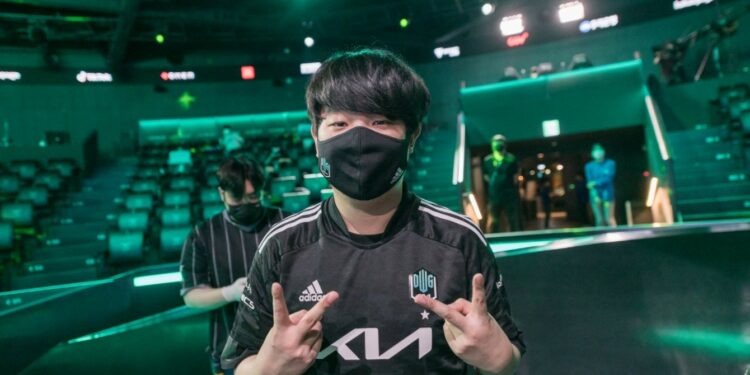 Shortly after declaring his retirement and saying goodbye to DWG KIA to join in military obligations, player Kim “Khan” Dong-ha unexpectedly reappeared with a new role

Khan has officially rejoined DWG KIA team with a new role as a streamer and content creator. This announcement has been posted on their official Instagram page.

Accordingly, the former DK Top laner will sign a short-term contract until he completes his military obligations. Specifically, he is extending his contract with the company as a co-streamer.

Last season, Khan stated that he may continue to play in the LCK Spring 2022, but it was evident that no team wanted to sign a contract with him in less than six months, thus it made more sense for him to be a streamer.

It is clear that Khan is too popular to leave the professional scene right away, so he will continue to work with DWG KIA in this new role, emphasizing his popularity and abilities during the broadcast. Simultaneously, the former player may connect with fans more comfortably.

It is common for LCK teams to invite former players to become streamers. The most obvious examples are Wolf in T1 and Ambition at Gen.G. Bengi is also working with T1 as a coach.