Kha’Zix is ​​silently taking over the 2021 preseason meta 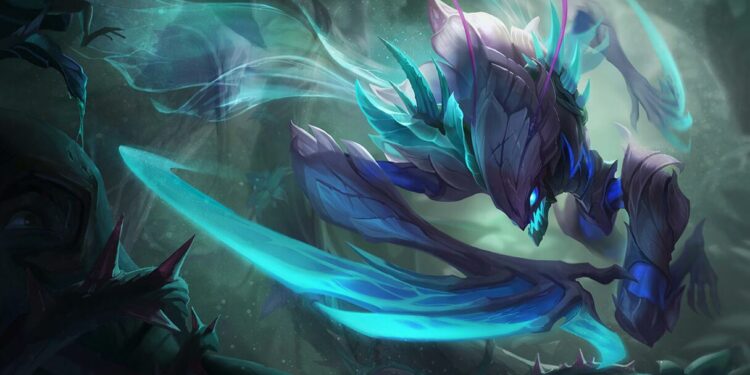 There are multiple items that are suitable for Kha’Zix’s gameplay.

Kha’Zix is ​​one of the champions that benefited the most after Riot’s preseason update. Not many, however, notice the power of The Voidreaver that allows him to stay peacefully in the current meta without being touched by Riot.

On the Western European server, Kha’Zix has reached an S+ tier according to Lolalytics. This champion also leads among 49 junglers, with an impressive win rate of 54,62 percent from Diamond rank and above. As the present meta is dominated by the assassin that made Kha’Zix more popular among the players. With Duskblade of Draktharr, Kha’Zix can perfectly fuse assassination and stealth.

In addition to Kha’Zix’s core item, he also needed two more essential assassin items including Edge of Night and Youmuu’s Ghostblade. If Kha’Zix soon exceeds the threshold of its strength, he will be considered a threatening force for marksmen who lack mobility, such as Jhin, Miss Fortune or Senna.

This deadly assassin is now sweeping many other servers, not just in Europe. In North America, for particular, this champion has a 52 percent win rate, standing at S and 2nd out of 62 junglers. In Korea, the Voidreaver had reached the win rate of 51.52 percent, ranked S and reached the top three popular generals in Diamond rank and above.

With such a win rate of more than 50 percent, Kha’Zix is perceived to be in balance with the meta since Riot has not made any adjustments on him throughout the preseason, yet just marginally tweaked its items. And for the professional scene, the jungle attacking playstyle paved the way for Kha’Zix to return in the following season.