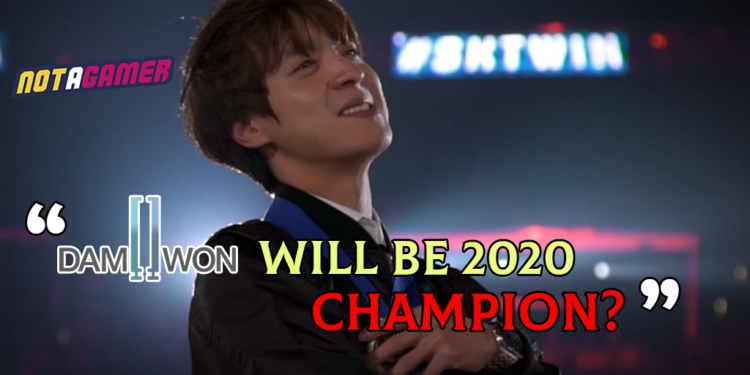 Coach kkOma (former coach of T1) has made his own comments about the team that is most likely to win Worlds 2020. What did he say about it? Well, get to the below information to know it with Notagamer!

After leaving Vici Gaming, Coach kkOma returned to Korea to take care of his family. However, it doesn’t mean that he will leave League of Legends, especially when Worlds was occurring. Currently, KkOma is a guest for a Korean channel that makes contents about Worlds.

And in a broadcast yesterday, KkOma shared his opinion about DAMWON Gaming’s chance to be crowned at Worlds 2020. The coach who reached the highest peak of League of Legends’ World Championship three times highly evaluated DWG and confidently predicted that this team would bring glory to the country of Korea.

“I think DAMWON Gaming will be crowned this year“

“In general, compared to other teams, DAMWON players always maintain good performance, no one is a weak player, nor any games are under-performed, all 5 of them play really well. Nuguri is almost invincible in his lane and he can overwhelm any opponent. DWG is very strong in every lane and that limits the ability of the enemy jungler to intervene in any of the lanes nor invade their jungle. In general, DAMWON’s players are doing really well, and I think they’ll do it this year (winning Worlds).”

Even none of us (LCK) is a champion, DWG is the brightest star of the region at this tournament. They can maintain a stable state of mind with unimaginable capability of playing the game. Therefore, no matter what, I will support DAMWON.”

After 2 days of the tournament, DWG is one of a few teams to maintain a full victory. They had a large champion pool (14) and they won against JD Gaming (JDG) – one of the top LPL teams.