Top broken Korean builds you should really try in Patch 10.15 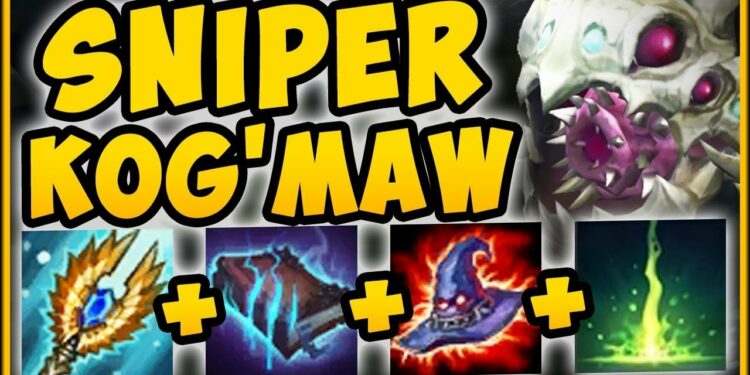 Let’s take a look at some new korean builds that have surfaced as of patch 10.15. Like always we’re going to introduce some new and maybe even some old that are gaining popularity across every single role in Summoner’s Rift.

Phase rush can be used practically on Alistar in two common cases. One is that you use Flash first so that you can land your Q, cast your E and then basic attack once to instantly activate Phase rush. With the movement speed bonus you can run behind your opponent and punt them

backwards, hopefully getting in range again to charge up your E and stun them. Alternatively you can use a standard W and Q combo then use Phase rush to chase them down and guarantee the follow-up stun from E.

While you give up the tankiness Aftershock provides, phase rush can support players who seek a more explosive and chaotic playstyle. What this also does is it allows you to use the inspiration and source recombination. Accessing these two trees allows you to run the hextech flash traption and nimbus cloak combo which is great for catching opponents off guard and applying pressure. For runes, let’s run Pase rush, Nimbus cloak,  transcendence, water walking, hextech flash traption and cosmic insight. For items, build Bulwark of the mountain, Boots of mobility, Zeke’s Convergence, Knight’s Vow, Redemption and Locket of the iron solari.

Predator rune has gone through some pretty huge changes in the past couple of patches, and now that skarner has received a massive buff. It’s about time that this build made its return to summoner’s rift.

Skarner is a champion that relies heavily on his ultimate to impact the games. His ultimate also relies on his positioning and movement speed and thus predator is an easy keystone to settle on. For runes, run Predator, Cheap shot, Eyeball collection, Ingenious hunter, Celerity and Nimbus cloak. Ingenious hunter is a must to lower the cooldown on predator. The cooldown was

lowered significantly; after its rework running in genius hunter makes it so that you’ll have it ready for every single gank. Even without your ultimate, you can do some pretty serious damage. For items, build Cinderhulk, Mercury treads, Trinity force, Dead man’s plate, Warmog’s armor and Spirit visage. Our analysts recommend building a Stalker’s blade over Skirmisher saber for even more movement speed. If you’re running nimbus cloak, you’ll also be able to utilize the synergy between them to make it even easier to catch up to your enemies.

As for the rest of the Items, Trinity force, Warmog’s armor and Spirit visage should help you hit that 40 cooldown reduction cap. Once again skarner relies heavily on his ultimate so bringing his cooldowns down as low as possible is ideal. With 40 cooldown reduction his maxed ultimate is on a 48 second cooldown, which is actually pretty disgusting

Ap nunu was buffed on patch 10.13 and surprisingly he’s actually a really powerful mid laner. The playstyle is similar to aurelian sol, pushing your lane and roam to pick up some kills. Of course this is Faker we’re talking about here, so he definitely contributes to how op this build looks. For runes, run Dark harvest, Cheap shot, Eyeball collection, Relentless hunter, Water walking and Celerity. The reason you want to run these runes is that Relentless hunter, Water walking and Celerity maximize how quickly nunu can travel around the map. He’s a roam heavy champion so you need to get from point A to point B as quickly as you can. This also minimizes the time it takes for you to decide to go back down halfway through a gank.

Dark harvest adds some extra burst damage and also scales pretty well for his items: Hextech protobelt, Sorcerer’s shoes, Magic soul stealer, Dead man’s plate, Rabadon’s death cap and void staff. Aside from all the ap you’re building a Dead man’s plate provides some extra movement speed which should make landing nunu’s w a bit easier. Once you get some stacks on the Mejai’s soul stealer, you can gain movement speed from it as well.

Riot wanted to open up the game  to more niche builds and it’s honestly kind of worked. This build is actually a bit more popular in Korea. For the runes you’ll run Arcane comet, Monoflow band, Transcendence, Gathering storm, Presence of mind.  Arcane comet is the go-to for basically any long-range pokemage and Kog’maw is no exception. Monoflo band will help you conserve mana and also synergizes well with the archangel staff purchase that you’ll make. I always encourage players to build what they feel is necessary for  their games but in the case of Kog’maw it’s basically imperative that you build a serifs for mana. Without a big manapole, ap Kog’maw runs out of mana far too quickly and you also gain some more of it back through takedowns with presence of mind.