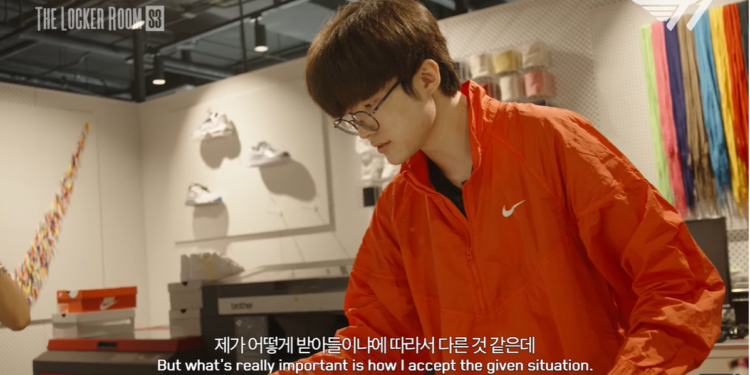 Till now, the T1 side has not yet responded

Being an immortal demon king, being a world-famous player and a living legend does not mean that Faker has no anti-fans. The more followers, the more people who disregard anything to curse and taunt Faker, most visible through the state of “cyberbully.”

Cyberbullying or cyber-harassment is a form of online bullying and harassment. Cyber violence among teenagers is increasing as the digital field evolves. This bullying behavior involves posting rumors, threatening to attack, harass, disclose personal information, and even use hate language on topics. Such bullying acts are replicated time and time again, directly affecting the victim’s mental well-being, leading the victim to increase negative feelings, anxiety, and even depression that lead to suicidal.

Because it’s one of the top LCK team with a lot of fans, there’s no light on the pressure to play at T1.

T1 head coach Kim “Kim” Jeong-soo shared frankly about Faker’s T1 competition pressure: “Argh, Faker… he must be under a ton of stress. How come I don’t receive a single message after a victory? I get 20 or 30 messages when we lose. People just creating accounts just to cuss…”

The fact that Faker has become the focus of suffering from anti-fan curses has not yet appeared, but until recently, fans in Korea have decided to stand up to claim fair rights for the idol. Accordingly, T1 is constantly being asked by the Korean League of Legends community to take legal action against individuals who cyberbully against players, especially Faker.

Even when asked if he could pick one League of Legends champions’ ultimate, Faker half-jokingly replied, “Twisted Fate! I can just go home when I’m about to lose a game.”

Nevertheless, winning or losing in this fight depends greatly on T1 and its faithful fans.

Faker‘s fanbases in Korea are known to be the strongest and most vocal, so it is very likely that this incident will not be easily submerged. Currently, many Korean fans of Faker are urging people to send e-mails asking T1 to sue anti, before the silence and the vague intention to resolve T1, the community continues to want to exert pressure.

It is not a drama, it is actually an event that happens within Korean fans and it is worthy of coverage. All of this is due to the love and concern for the mentality of Faker, now Chinese fans have also decided to participate, sending messages directly with similar content to T1.

A summary of some Korean fans’ opinions to clarify this time the collective action:

“I am a fan, every day reading comments cursing and stressing him, how is he supposed to endure himself?“

“Why does he have to accept that he is cursed every day and pretend that he’s not there? Why am I supposed to hear those words from his own feelings? So, please, please, sue first.“

“We will continue to send emails until we have the appropriate response.“

Yet since he’s one of the League of Legends’ “elders,” Faker still has a way to support himself not be influenced by negative criticism. He also shared his thought: “People can think whatever they want. I expect people to think like that. But what’s really important is how I accept the given situation. I don’t really give too much thought to how others judge me. I just need to be focused on myself.”