KR servers are rushing BOTRK with Sunfire Aegis, will this build appear at Worlds? 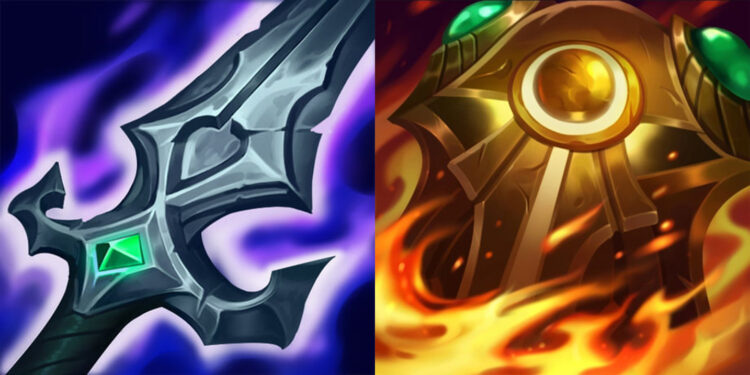 Following the durability update in Patch 12.10, which enhanced the durability of all champions across the board, a certain core item setup has gained popularity, particularly on certain auto-attack champions: Blade of the Ruined King + Sunfire Aegis.

So, what makes these items so powerful? The value of percent/health damage increased dramatically as a result of the durability patch. When combined with Sunfire Aegis, champions that combine these items rely on BORK for damage and Sunfire Aegis for tankiness, turning them into a killing tank machine.

The build path has an exceptionally high win rate and pick rate on most of the popular auto-attack champions lately.

BOTRK + Sunfire Aegis is also ranked as the number one build path for champions like Master Yi, Yone, and even Renekton, according to League statistics OP.GG.

On Yone, players have just begun to build BOTRK + Sunfire. Even Gen.G’s mid laner, Jeong “Chovy” Ji-hoon, got these items on him in game 1 versus Nongshim RedForce during the 2022 LCK Summer split.

The true power of the BORK + Sunfire comes from being able to deal sustained damage from both items’ distinct passives when a champion’s abilities are on cooldown.

With Master Yi’s latest buffs, his solo queue win rate skyrocketed. He was so broken that he needed to be hotfixed. Even with the patch nerfs, the BORK + Sunfire combination appears to have filled his champion vulnerabilities.

As a late-game carry, BORK + Sunfire provides him with a higher power spike, better dueling capabilities, and enough tankiness to dive in the team fights.

Will BORK + Sunfire take over the meta at Worlds? Only time will tell.