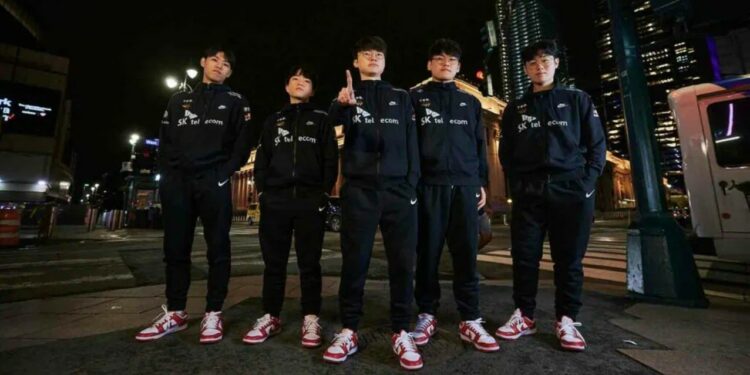 LCK maintains their dominance at League of Legends Worlds 2022

The Worlds 2022 quarterfinals have been completed, with four teams remaining in the event to fight in the Semifinals, three of which are from South Korea.

This is a huge accomplishment for the LCK as a region and demonstrates the caliber of its teams. Based on the statistics, it is clear that the LCK teams have been dominant thus far at Worlds 2022.

Almost all of the South Korean teams advanced through the Group Stage, with only one being eliminated by another team from the same area.

As a result, their level of domination is definitely unrivaled, and the lone surviving Chinese team will face an uphill battle to overcome these South Korean powerhouses and capture the championship in the end.

As previously stated, the region will have a guaranteed spot in the Grand Final of League of Legends Worlds 2022 this year.

Even if T1 falls to JDG, either Gen.G or DRX will advance to the Grand Final, giving South Korea a solid opportunity to win the Worlds 2022 title. While this may appear to be a significant accomplishment, it is not the first time it has occurred.

LCK has had DWG KIA as its representative in the World Championships Grand Final in both 2020 and 2021. Although DWG KIA won the title in 2020, it was defeated by EDG in 2021. Keep in mind that the same scenario happened at Worlds 2021 when EDG was the only Chinese representative in the semifinals, facing all 3 South Korean representatives at that time.

This will be the third year in a row that the LCK has qualified for the League of Legends World Championships Grand Finals. Regardless, whoever wins this year’s event will be making history.