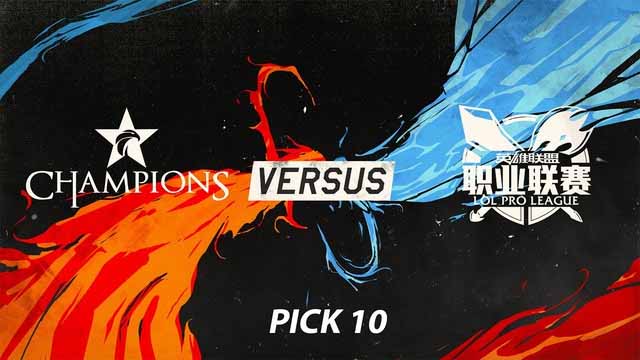 The tournament featuring the top stars of the world’s two most powerful League of Legends areas seems to have been organized.

As we know, after the spring tournament ended and MSI 2020 was officially cancelled, T1 President Joe Marsh shared the idea of ​​organizing an online tournament between China and Korea. to “warm-up” the atmosphere while waiting for the summer to take place.

This idea has been enthusiastically responded by the gaming community, and thousands of calls have been sent to Riot Games with the hope Riot will approve the above idea, so that the gaming community can live in a crazy atmosphere. The heat of Esports…

Initially, the idea of ​​Joe Marsh was to organize an event show match between the 4 strongest teams of the two regions, however, it seems that Riot Games has really seen the potential and attraction of this tournament, so this tournament has been planned to be organized on a much larger scale than the original idea

According to FOMOS, the tournament rules, as well as the time schedule, have been set, this event will be named LCK LPL Mid-Season Event, organized in the form of online competition, but the teams from two regions will compete in two venues in China and South Korea designated by the Organizing Committee.

Specifically, the LCK LPL Mid-Season Event will feature the 8 strongest teams in the two regions:

The LCK LPL Mid-Season Event will start on May 28 and end on June 4.

The format of the competition will be drawing lots to divide the table, play a round of scoring then select the strongest teams to advance to the knockout round. The participating teams will also receive bonuses, similar to the official tournament, without the cup and the medal.

However, according to another source from Chinese media, the players of the participating teams will not be required to compete, because this is an unofficial event.

Although it is just a showmatch tournament, obviously, looking at the list of players that can play as Faker, Doinb, Rookie, Bdd, Clid, Teddy, Tian, ​​TheShy, Deft, JackeyLove … with a series of super Another star from the top two regions of League of Legends, this is definitely an event not to be missed for global Esports fans.