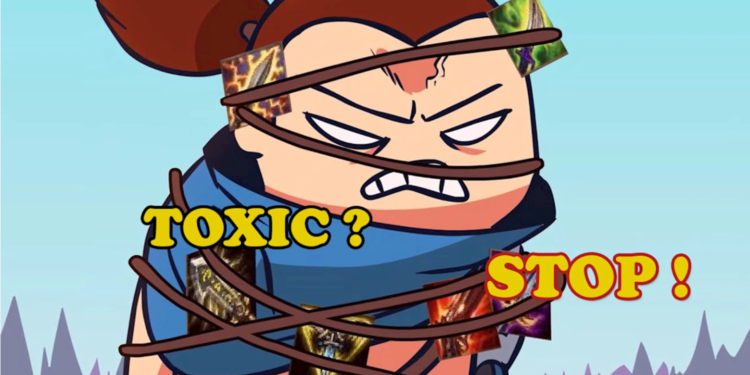 Another day, yet another Client bug.

One month ago, Riot announced new penalties for League’s toxic behaviors, even quitting the picking phase or cancel matchmaking too many times can put players at risk of losing more LPs and suffer heavier penalties. This move was considered as a correct step from Riot Games towards building a better community and environment for the game.

However, things wouldn’t go too wrong if many players don’t have to suffer these penalties due to accidents that resulted from the Client being too buggy at the time. Overpow – A League’s streamer suffered from this penalty on his stream. More particularly, he was chatting with his friend and do not interact with the Start Queue button, however, the game started queuing him for a match, and then… auto disconnected him from the same match and resulted in a penalty for the streamer.

More currently, a Reddit with username u/Crunchyfied shared that he ran into an even more serious bug with the League Client on r/leagueoflegends.

Take note of the name “romeolola” you see in the chatbox. That’s the summoner name of my bronze gf who asked me to play ARAM with her. I was in solo Q with support/bottom selected and exited out of that queue and joined her ARAM lobby.

We both queue up, I click accept where it clearly shows “Howling Abyss” on the Accept/Decline screen and when I get in, there’s the ARAM background but I’m in a Solo Q match. Checked all the summoner names just to make sure and sure enough everyone’s high elo. My gf got a notification saying I declined the queue and she saw me in lobby with her.

Then the client throws me back into the ARAM lobby while I was banning a champ and I can still hear the champion select music and countdown for me to ban but I can’t ban anything because I’m in an ARAM lobby. We try to queue and it kicks me out of her party and won’t let me rejoin. All while I still hear champion select going on in the background.

I exit client, relog and it turns out I dodged the ranked lobby so I lost LP and have to wait dodge timer out all while just wanting to play ARAM lol.

The player shared about the Client bug that he experienced.

Obviously, with the mentioned client bug, the community has more reason to hate Riot when letting the LoL client fall into such a bad state. It would be bad if you left your computer for a while, getting something to eat, for example, but the client automatically found a match, causing the player to accidentally receive the AFK penalty without even knowing about it. Moreover, choosing the wrong game mode, skin, champion … has become one common client bug for a long time without any proper announcement or feedback from the company.

In recent years, Riot Games has been looking for ways to improve the LoL client and the client bug for a long time, while they have written many articles about the achievements of the campaign. However, all these efforts will be meaningless if the LoL client keeps encountering such serious bugs. Perhaps to completely solve this problem, Riot Games needs to find a way to build a completely new client for League of Legends instead of struggling in fixing countless bugs like the present.