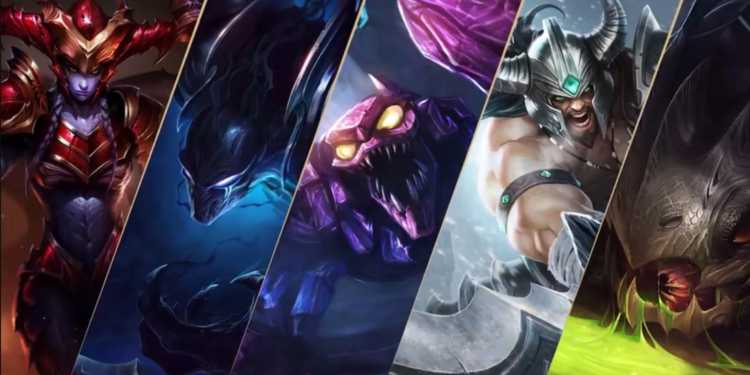 A large number of League champions require a full update, which the speed of Riot is not meeting

One of the unique aspects of League is the rapidity with which new champions are constantly added and updated. 5 champions were introduced in 2021 and it was still considered not many.

Yet, the flip side of this fast pace is that it renders many old, debuted champions outdated to the current gameplay.  As a result, the development team must update champions and upgrade the overall aesthetic.

Riot Games has made a habit of voting fans to choose which champions should get a new design and gameplay pattern in the future year. Shyvana, Noctune, Skarner, Tryndamere, and Kog’Maw are among the 2022 choices for the next champion to be updated, according to images released earlier this week.

However, Riot’s current rate of champion reworking appears to be excessively slow, which irritates the community. This provoked the community to once again fiercely condemn Riot’s choice and demand that the pace of the remake to be increased.

One specific post on the official League of Legends subreddit forum had received over 3k upvotes and many supports from the community.

“Five years. That’s just insane. That’s about half the lifetime of the game you’ll need to wait before a few of these champs get upgraded. The gameplay is suffering because of these decisions. By the time we get through this roster, surely more champs will require VGUs. They should commit to a tweak of 4/5 new champs and 3/4 VGUs a year.”

Indeed, the new launch speed of Riot makes League become more appealing, bright, and original. As a result, a number of old champions have been separated, abandoned by the producers and players themselves.

Take a look at Viego, Seraphine, and now Akshan for example. These champions took (and continue to take, in the case of Akshan) months to establish a suitable balanced condition in which to remain. Riot can usually get the balance right, but it takes some effort.

Riot should reconsider and give more attention to the old characters.