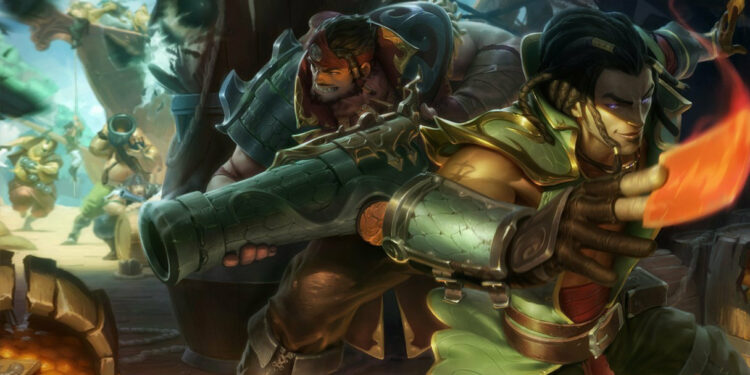 June is the month of Pride, a time to celebrate LGBTQ+ people. Riot Games is celebrating Pride Month with emotes and icons featuring Twisted Fate and Graves, as well as a joyful poro.

Last year, the League of Legends love narrative revealed a relationship between Diana and Leona, and it looks that Graves and Twisted Fate are the game’s latest passionate pair.

According to Reddit user niclaswwe, planned League of Legends cosmetics for Pride Month 2022 reveal Graves and Twisted Fate are dating. Both shady criminal characters’ backstories are connected, with the pair enjoying a terrible partnership that was wrecked before they reunited. Some fans have assumed romantic links between Graves and Twisted Fate due to the close-knit narrative surrounding the two swindlers, and new League of Legends symbols and emotes prove that the collaboration is more than just business.

While the feature is presently available on the PBE, the developers are collecting feedback.

Twisted Fate is shown in one of the emotes placing his arm around Graves, both of them smirking with their eyes closed. The other depicts them holding their hands and turning their heads towards each other.

Riot Games has held a Pride-themed event across its games for the sixth year. It all started with the Rainbow Fluft Icon in 2018, but the event has grown into something much larger since then, with free content supplied to League of Legends and other titles created by Riot Games.