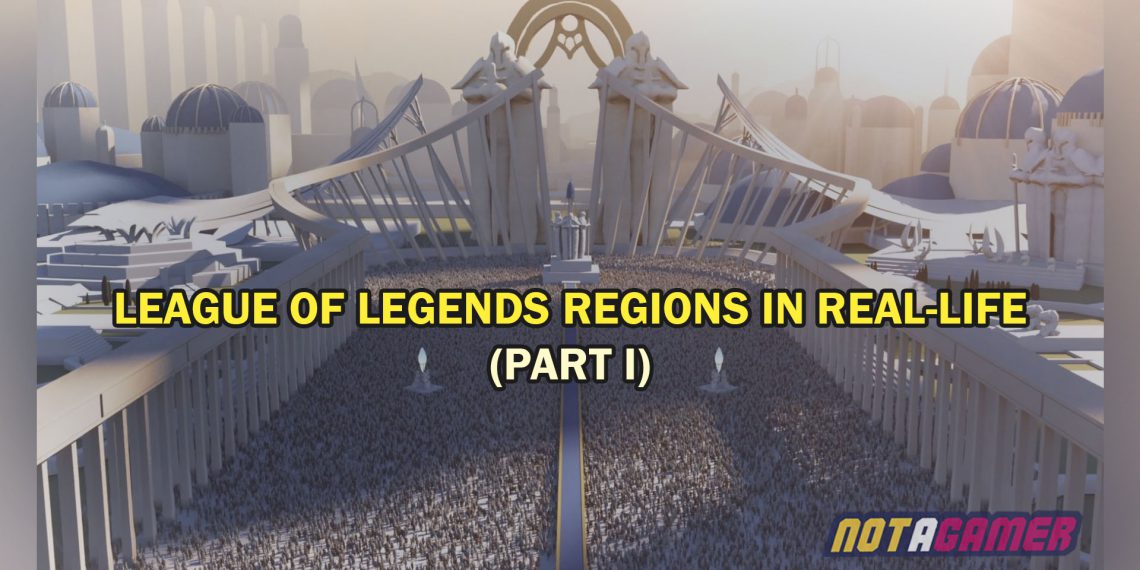 Noxus is a powerful empire with a fearsome reputation. To those beyond its borders, Noxus is brutal, expansionist and threatening, yet those who look beyond its warlike exterior see an unusually inclusive society, where the strengths and talents of its people are respected and cultivated.

Under threat from all sides, they aggressively took the fight to their enemies, pushing their borders outward with every passing year.

These facts about Noxus might have been inspired by Nazi Germany or the  Roman Empire. They are a strong but brutal empire that uses power/fights to take over the world.

The historical events of the heavy fighting across Europe during World War II are similar to Noxus and Demacia’s endless fights.

Besides, Jericho Swain is an example of Adolf Hitler, he is the Grand General of Noxus. He is paranoia, cruel, and does not care about what people said behind his back.

Swain’s Quote: “If they already call me a villain, what will they call me when I succeed?“

In addition, Noxus has an Immortal Bastion, which was built by Mordekaiser in a far distant age. Yet eventually besieged and conquered by a confederation of barbarian tribes who would make the stronghold their new capital.

Similar to the Immoral Bastion is the Fortress of Mimoyecques in real-life. This is the modern name of a Second World War underground military complex built by the forces of Nazi Germany between 1943 and 1944.

Demacia is a strong, lawful kingdom with a prestigious military history, Demacia’s people have always valued the ideals of justice, honor, and duty most highly, and are fiercely proud of their cultural heritage.

In Demacia, there is a specific cultural identity that is the Nobility along with the rule of King Jarvan over the periods. Demacia’s power of dominion was very similar to the period of unrivaled dominance of the UK during its prime period.

Before World War I, England was an economically unrivaled country; but the gradual decline of imperialism and conflicting conflicts with Germany led to World War I.

This is similar to the endless fight between Demacia and Noxus.

About the Demacia people and their culture, they have the symbol of arrogant rich nobility, which is also inspired by the nobility of the aristocracy in power in ancient England.

In addition, the generations of King Jarvan have similarities to those of Queen Elizabeth of the United Kingdom. The rulers of the country and the soldiers exuded aristocracy in suits of armor.

Sylas’ Rebellion was also inspired by the English Civil Wars between 1642 and 1651, which was stemmed from conflict between King Charles I and Parliament for control of the English government.

Besides, Demacia’s castles are also similar in structure to Royal places in England like the Royal Palace or historical architectures in London.

However, the Grand Plaza of Demacia – where the soldiers take place is not like any other British location; but it looks much similar to the Millennium Monument in Budapest, Hungary.

Surrounded by treacherous seas, Ionia is composed of a number of allied provinces scattered across a massive archipelago, known to many as the First Lands.

Since Ionian culture has long been shaped by the pursuit of balance in all things, the border between the material and spirit realms tends to be more permeable here, especially in the wild forests and mountains.

Ionia Champions have truly represented the historical Southeast Asian people and their myths.

The Ionian architectures are also inspired by the temples with curved roof tiles in Southeast Asia. Besides, these temples also have architectural shapes much like temples in Japan.

Do you enjoy reading more articles like this? Let us know in the comment to keep us going.