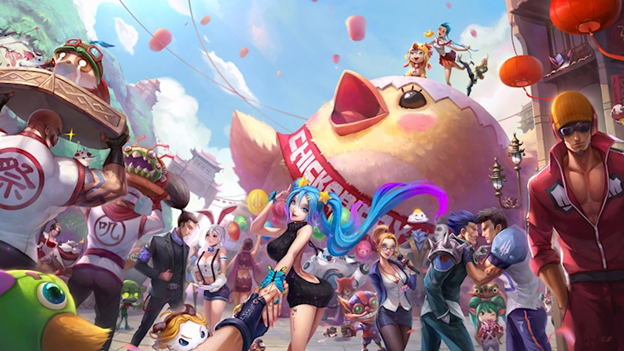 Have you ever thought about what League of Legends will look like in 10 years?

League of Legends has been reaping a lot of success in its market. In the past 10 years, not only has the graphics become more and more beautiful, it has been on the way to become the most attractive Esports game in the world.

Talking about change, we will have to think of two cases:

But with the current situation, we can still believe in a much brighter future than the League of Legends now.

The generals will be extremely diverse in terms of skills and images, just thinking about it is fun right?

In addition, it is new and unique and understands the players better when the Riot Games team always listens to what players need.

Each stage of Riot Games always knows how to create surprises when changing a series of images, effects, maps and monsters, ..

If you are a League of Legends player from the first few seasons, you probably know how to change it. Not changing the core that Riot creative team brings really new breeze to gamers.

From the original images,players will experience League of Legends in a more perfect and interesting way.

Who knows, at 10 years of the future, League of Legends will target a Summoner Rift map with 3 main houses, or maybe it’s a 3D animation with birdsong, water flowing …

Monsters will also increase the number or we can no longer see the Gromp or Rift Scuttler as they did before.

Turrets also added 2.3 armor and even the skill set ?

Not only that, more than 140 League of Legends champion will now be “cosmetic surgery” to become more beautiful and masculine.

Referring to the changes in League of Legends, it is also necessary to mention professional players, they will grow old with the time and talented young people continue the path of conquering the glorious.

Faker, Mata, Doublelift, Uzi, … will be myths and become memories to give their glorious past.

The young and talented legends with League of Legends will again be able to unleash the rampage on the Summoner Rift.

Many things will “transform” over time, especially in the next 10 years. Not knowing if League of Legends will continue to accompany millions of gamers or will it die?

In your opinion, how will League of Legends change in 10 years? Don’t forget to leave your comment under this article