League of Legends: After 6 years, Volibear has just returned to the LCK 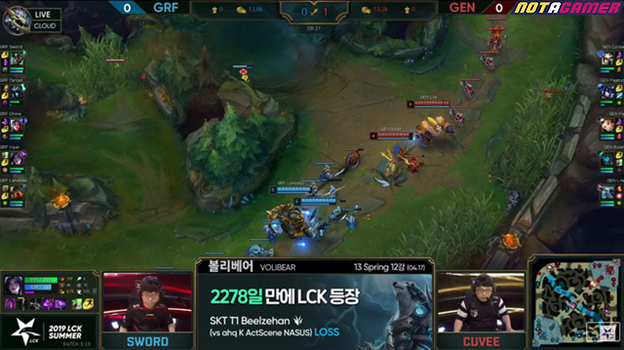 Volibear has been forgotten in the LCK (formerly OGN) for six years before Gen.G brought out a strategy to defeat Griffin on the afternoon of July 12. With his ability to flash his chance and split his squad quite well, Volibear is the key to winning the first game, then Griffin is forced to take a ban on this champion.

Even when this bear was selected, LCK’s technical department took 10 minutes to find out when the last time Volibear was picked and 2278 days was the most accurate number.

During that time, a lot of fluctuations took place both in the game and outside the game when a series of generals were remade, the new map came to the flourishing and declining of Koreans in international tournaments.

Even the last player to hold this general is SKT Beelzehan in the spring of 2013, the season when SKT T1 was defeated and changed the whole team with legendary names such as Faker, Impact, Piglet, Poohmandu, Bengi in the summer and they won World Championship that year.