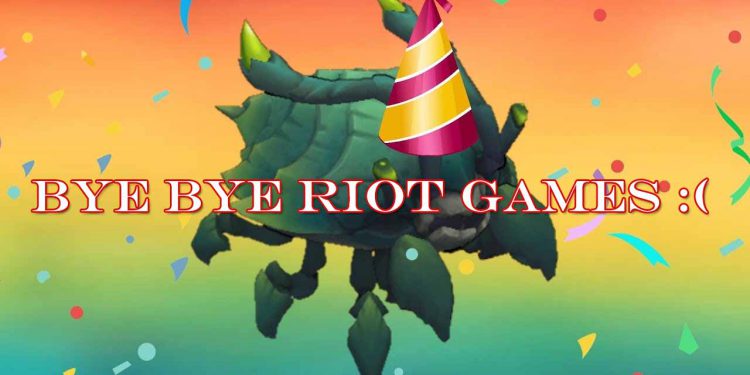 League of Legends with more and more gameplay updates as well as new things has made the game not boring and it is attracting more and more players thanks to the richness of gameplay as well as how to operate of the game. And along with this rich development, there are also everyday injustices still taking place on Summoner’s Rift

Victims of so many abuses, Scrabble Crabs still do not have a voice in Summoner’s Rift, so it is determined to leave its beloved family.

However, the greed and selfishness of the humankind is infinite, they even attack creatures that do not protect themselves – Scuttle Crab – for a few small benefits.

Scuttle Crabs are inherently a gentle super creature in the universe of League of Legends, they only have the elegant pleasure of travelling on the rivers of Summoner’s Rift slowly. However, players constantly show the “bad habit” of humanity through the killing of these poor creatures:

Here are the reasons they attacked this tiny creature

Greed: Honey Fruit can produce 5 fruits, but when a Crab begs 1, they will immediately chase them.

Littering: Before Riot enacted the “Crab Protection Policy,” Scuttle Carb had to trample Teemo’s many “sh*t” yards every year.

Take advantage: Scuttle Crab is the bridge for the escape phase, as well as establishing a certain chase phase.

And many other cases …

Frustrated in his heart, Scuttle Crab decided to pack the luggage and run away from home.

Scuttle Crab decided to make a “trip” away from home to relieve the sadness of being “abused” by mankind, however, having only been walking for a while, it seems that our crabs are homesick, so he has used it. His special ability to return to his home.

We often ask each other a question every time we play a game – “Where is the crab?”, But have we ever asked, “How does the crab feel?”.

Let’s join hands to protect the Scuttle Crab family, Crabs are friends and to love, not to eat. Instead of eating Crab, raise morale to kill minions in other lane areas.