League of Legends: Akali E Syndrome That Makes Akali Run Through Half The Map 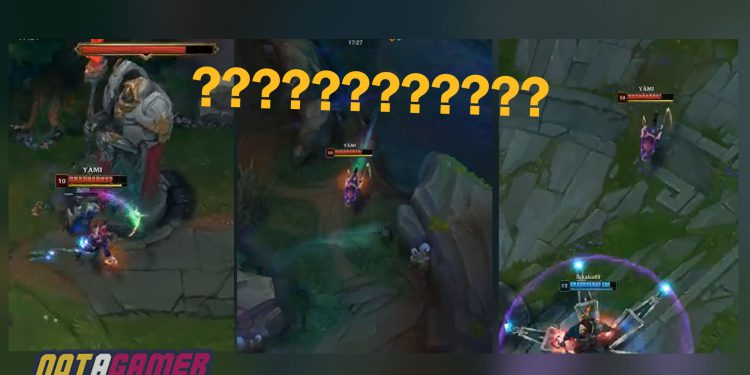 Back then, we have Lee Sin (Q) Syndrome, nowadays, we also have Akali (E) Syndrome. Most of you might have heard about Lee Syndrome or Lee Sin Syndrome.

According to the Urban Dictionary, “Lee Syndrom is when a Lee Sin player feels an intense need to take the second part of his ‘Q‘ ability. This is usually caused by a brief decrease in brain function or overall being from the lower tiers on the League of Legends.”

In the video below, a Top Lane Akali wanted to take advantage of Viktor while he was Teleporting back to his Nexus Turret (god knows why).

The Akali player knew for sure that she wouldn’t be able to one-shot Viktor; however, after using her first (E), she went back in anyways.

Unfortunately, when Viktor’s back to his Nexus turret, it seems like Akali’s (E) was not canceled. This could be a bug, but perhaps, it might just be the perfect timing that makes Akali followed Viktor all the way from her first Top lane Turret to the enemy Nexus Turrets.

This is the best example of Akali (E) Syndrome.

Based on the video, this might not be a bug, since Riot even gives her wall-jump animation just like Talon’s (E).

This might not be the only time you see Akali flying through the map! Flashback from last year’s Worlds Championship, G2 Wunder’s Akali also ran across the map

Riot Games said that they are going to fix this “bug” in the near future.

Why do you have to take TP as Akali when you can just use your (E)?