League of Legends: Analysis on the first time Faker playing Yone in the bot lane 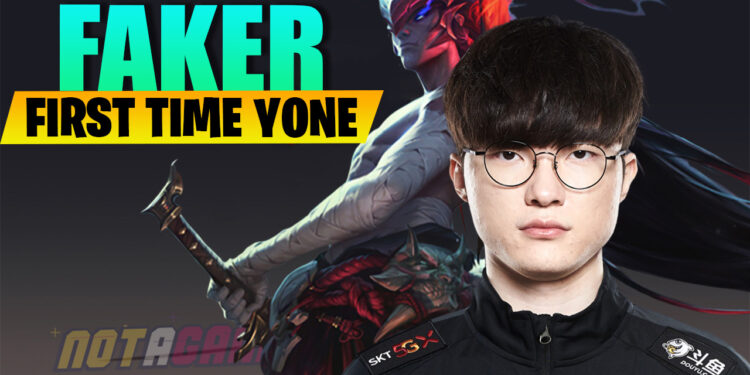 The “Demon King” Faker recently experimented on playing Yone as a bot laner. From his play, we can learn how he itemized and set up the appropriate Runes for this champ in the bot lane. Let’s get through this guide with Notagamer that might help to improve your playing experience as well as to make you become a master of Yone Patch 10.16.

Yone, the 150th champion of League of Legends, has officially appeared on Summoner’s Rift’s after Patch 10.16. Since then, a lot of players have found many new playstyles, new strategies for this champion such as bring him to the jungle, or bot lane even though it is not suitable for Yone’s skill set.

And so far, Faker has brought Yone to the ranked match and let him fight in the bot lane with the itemization and runes that made it possible. Because of being a melee champion, Yone is easy to be harassed by the enemy ADC. Therefore, in order to be able to deal damage in the bot lane, as well as avoid losing HP to death, Faker used Fleet Flootwork, along with Second Wind in Resolve tree to be more sustainable in the mid game.

About the starting items, similar to the way of setting up his runes, Faker wanted to maximize his persistence with a Doran Shield and a Health Potion. After that, he bought critical items which are Statikk Shiv and Infinity Edge. The rest of the items could be aggressive or defensive items depending on the situation of the game.

In the laning phase, Faker played quite safely at level 1 to avoid being harassed by farming with Q – Mortal Steel. When he got the 3rd Q, Faker will not immediately use it to trade damage because if he missed, there would be no ability left to trade with the opponent but it could also make him lose an amount of health from minions attacks and his enemies.

As soon as he reaches level 2, Faker would not hesitate to trade with his E – Soul Unbound. There is no need to do too much damage every time he trades because now he can harass his opponents and put them on more pressure which will eventually make it hard to farm.

As easy as it sounds, Faker’s CS score overwhelmed the enemy Ezreal a lot even though Yone was just a melee champion. Once he reached level 6, he could possibly finish off the enemy ADCs in the blink of an eye.

After this analysis, hopefully you can have enough confidence and immediately bring Yone to the ranked matches. With this guide that can help you master as Yone, you can easily win the enemy bot-laners even though the enemy champions is more likely to manipulate Yone.