League of Legends: Champions that can absolutely beat the most powerful midlane assassins off without any difficulties!!! 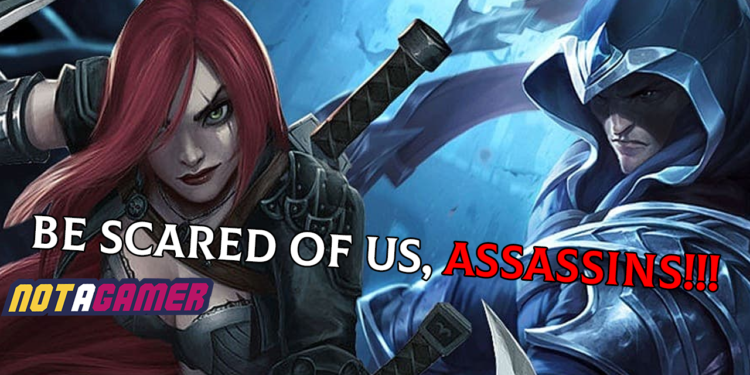 Not only not being frightened of assassins but also they can even slain them easily when they are intending to trade or kill them.

Contrary to players who are into champions which are good at fighting and controlling their lanes, there are some players who love using tanky ones so as to protect their teammates as well as starting team fights. Moreover, these champions are also able to counter assassins at midlane and make them harmless at late game. I highly recommend you guys to practice them to easily beat assassins off, at least before Yone with his unstoppable power is published.

These are champions we are mentioning about:

Malphite is one of the champions which have the highest amount of Armor so that he has always been a nightmare with AD assassins.

During his laning phase, Malphite is literally a harmless rock because of his slow pushing and a really low amount of damage. However, once he has a few first defensive items, his pushing will be fastened a lot as his W and E’s damage is proportional to his Armor percentage. Additionally, when Malphite is already tanky enough, he is not afraid of trading with assassins anymore and he can even slain them if they are a bit careless.

From midgame to the end of the game, Malphite is extremely risky with his R – Unstoppable Force. His enemies just need to be careless in a while, he can immediately use Teleport in order to gank or dive with his teammates to get more kills and even turrets as Malphite is nearly not afraid of turrets when he already has one or two items. Moreover, Malphite can also use Teleport to protect his teammates from being ganked.

Being the mage countering most of assassins, Lissandra can make her enemy nuts from the early game, especially when facing with melee assassins. Because she can push her lane fast, is quite tanky thanks to her runes and able to chase or escape easily with her E – Glacial Path.

The assassins’ nightmare actually comes when Lissandra get level 6 since she can make her enemies unable to move for about 2-3 seconds with her W – Ring of Frost and R – Frozen Tomb. If any assassin is intending to kill her, she just need to use her R to herself to become invulnerable and untargetable so that she will be totally safe for 2.5 seconds. In addition, her ability of roaming is extremely frightening because of her wide range of CC which can easily lead to kills for her teammates and provide them with a lot of advantages.

At late game, Lissandra can start team fights with no difficulties due to her flexibility and wide-range CC or protect her teammates, especially her ADC from assassins with her skills. Conclusionally, Lissandra is an “easy to play, easy to win” champion.

After being reworked, Fiddlesticks has been being used in Toplane and Midlane, rather than Jungle, Riot’s original idea. Moreover, most of players have been using Fiddlesticks as a tanky champion but can make a lot of keyboards crashed.

During his laning phase, Fiddlesticks can be attacked without any possibilities of being slained due to his W – Bountiful Harvest. All he needs to do in his laning phase is poking, stealing his enemy’s HP and pushing his lane. Moreover, most assassins do not have any CC so that he can use his W without being cancelled. As usually his first item will be Frozen Heart or Spirit Visage, Fiddlesticks can hardly be killed by assassins, notwithstanding which kind of assassin.

Once Fiddlesticks gets level 6, his roaming will become much more terrifying as his R – Crowstorm provides him with a lot of damage and CC, so that his targets will die without being able to do anything. At late game, Fiddlesticks is the most dangerous fights-opening machine in Summoner’s Rift. He just needs to his R eficiently and the whole match will belong to his team.