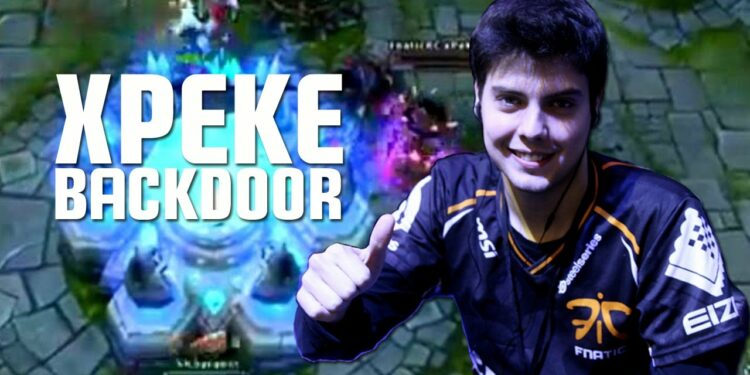 A strategy so annoying it makes your opponents so mad, but so effective it’s never changed through the years, the infamous Back Door.

What is Back Door?

League of Legends is a game of in-depth mechanics and complex strategies. But sometimes in the heat of the moment, there’s a simple yet bold strategy you can always trust and use, create satisfying comebacks and thrilling base races. The original definition of the term is when 1 or more champions proceed to attack enemy turrets, inhibitors, and the game’s goal: the nexus without help from friendly minions. It has always been there in every game mode, even ARAM, and ARURF.

But lately, there’s a more well-known definition for the term: it’s when a champion splits from there team and pushes separated lanes (commonly the opposite lane of the current objectives) and the rest of their team try their best to keep the enemies from recalling or claim the objectives as the enemies come for their back-dooring teammate. Since this is not the definition of Back Door for some OG players, some call this Split-pushing.

In the League’s history, there have been some crazy victories that happened thanks to back-dooring. There’re a lot of examples from the pro plays like kt Rolster’s Nagne against KOO Tigers, Echo Fox’s Big and Hard against Dignitas, or even Dignitas’s ZionSpartan against TSM. But when we say pro plays Back Door, THE pro plays Back Door, that guy, the man, the myth, the legend, Xpeke’s infamous Back Door in season 2’s grand finale.

But not just in pro league does back door reign, it can give you tears of joy or make you suffer in fury.

How to perform Back Door correctly?

There are champions that fit the strat, and they fit it in very different ways. Champions who can quickly push the waves and destroy the turrets like Udyr, Master Yi, Jax, Fiora can easily clear their team’s way to the Nexus (Or maybe clear the Nexus as well). And when the way is clear, Pantheon with Grand Starfall, Twisted Fate with Destiny, Taliyah with Weaver’s Wall can take them to the enemy half of the map and leave the enemies surprised and panicked.

“Surprised and panicked” is the point, the element of surprise is one of this strategy’s strengths, so it is common for the back-doorer to wait in the jungle near the enemy’s base. As mentioned before, this is a bold strategy, high-risk high-reward in both back-dooring and split-pushing. In back-dooring, the champions who proceed the act have to tank a lot of damage from turrets and minions and the turrets take half the damage from champions without enemy minions. In both cases, your team has to proceed with a 4v5 very skillfully or the enemies will kick your butts easily (with some heart-racing of course).

How do we counter that cheesy strategy?

Never caught off-guard, there are many methods in League of Legends to eliminate the element of surprise. If you expect your opponents to back-door, placing wards in your side of the jungle to gain information, and since enemies can Teleport to their wards, de-ward to limit their vision and actions is vital. Champions with stealth (Evelynn, Twitch, Talon,..) can bypass your team and destroy the Nexus so a Control Ward is crucial in match-ups with these champions.

Instead of wards, traps deployed by abilities (Noxious Trap, Bushwhack,..) are very useful, imagine your opponents have to tank turret shots and step on a Teemo’s mushroom and while they’re panicking, they step on another.

Back Door is effective in most cases, at the cost of your honor. This strategy is considered to be unsportsmanlike, an act of cowardice, and hated by most players so it is easy to understand why every opinion on back-door is controversial. Some say when the game has progressed, the turrets become too squishy to high attack damage champions. Our neighbor, DotA has stronger back-door protection and their towers take a while longer to destroy in the late-game compared to League’s turrets. And in the late game, League’s champions have much higher attack damage. Both these facts favor the back-door strategy in League.

After all, the back-door strategy has pros and cons, it helps create joyful time with your friends and the hollowness in your heart you thought your ex created. And whatever is your opinion, strategies are necessary if your goal is the victory. Why hate the back-doorer when after reading this, you can now become your team’s savior as the bold back-doorer or as the one who catches the filthy, disgusting, sickening, nasty abominable rats that trying to back-door your base.

That’s all we have for now, have fun with Back Door. 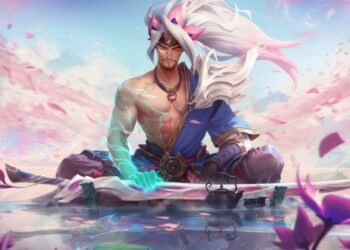