League of Legends: Clid has unpleasant words when talking about SKT 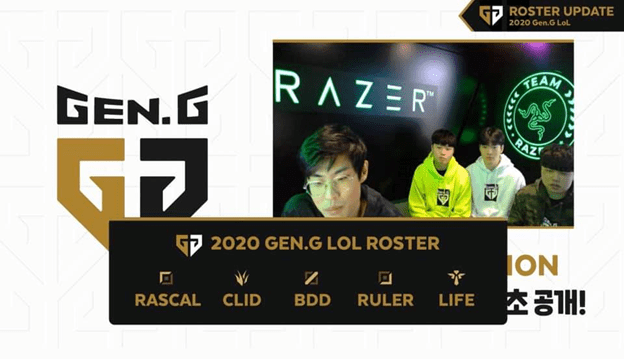 The hottest part was SKT’s jungler Clid saying goodbye to the team and moving to play for Gen.G but what he said about SKT after leaving it was insulting.

The first is Clid’s statement in the stream announcing Ambition’s lineup.

Ambition asked: What was your feeling when you came to Gen.G?

Clid: It feels strange. My teammates are all good players and I want to play with them so I am excited.

Ambition asked: But according to everyone’s, Clid has a fairly high standard for the team of his choice, if he left SKT, which team would have better conditions than SKT?

Will Clid eventually go abroad? – A lot of people think so

But then you come to Gen.G, is there any special reason for this decision?

Clid: Firstly, all of the current players are my age and there are many people who like me. And I like an environment that only targets players and can focus on playing games, Gen.G is such an environment, I like that and I chose Gen.G.

Ambition: Gen.G’s training room is very good, did you thinks?

Ambition: Haha, me too

3rd:
Ambition asked: You have come to Gen.G, what should you do to gank top?

Clid: Gen.G’s gameplay is a topic that is discussed. I am a person who likes diversity and creating mutations. I hope I can bring new wind to the team.

– Gen.G’s salary is higher than SKT

– Meet a better environment for Clid to focus on playing